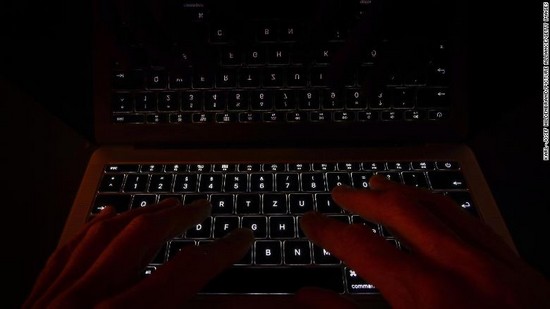 US Veterans, current service members and their families are being targeted online with malware and by foreign entities and influence campaigns, and the government isn't doing enough to stop it, a new report says.

The study by Vietnam Veterans of America, a non-profit that advocates for and serves the needs of all Veterans, documents a myriad number of ways Veterans are impersonated and targeted online -- particularly on Facebook. In at least one instance, they've been targeted by influence campaigns from foreign governments.

Russia's Internet Research Agency, for instance -- the "troll factory" with ties to the Russian government that creates content to push divisive messages on American social media -- purchased more than a hundred online ads targeting US service members and Veterans, the study found. It also specifically purchased ads focused on people who followed a number of legitimate organizations on Facebook, including Vietnam Veterans of America, Iraq and Afghanistan Veterans of America and Concerned Veterans for America.

But the sources of the efforts to target Veterans was not always clear. The report found numerous other Facebook pages and groups, often with moderators who were listed in countries like Russia (though not necessarily tied to the IRA) and "with concentrations in Eastern Europe and Vietnam", that follow very similar trends.

One Facebook page called Vietnam Veterans, which has been around since at least 2016, posted both photos of VVA's president to imply a relation with the group, and re-posted Russian IRA memes.

Another, the since-deleted "Vietnam Vets of America," mimicked the VVA logo, a legitimate organization with its own Facebook page, and frequently posted links to a now-defunct inflammatory news blog called vVets.eu.

Another page, We Are Veterans, which was created in 2017, mimics a legitimate page called We Honor Veterans, an extension of a group in Alexandria, Virginia, that provided companionship to Veterans in hospice care. All nine administrators for We Are Veterans are listed as coming from Vietnam. In addition to also posting both IRA-created and pro-Trump memes, the page has at times offered military-themed memorabilia for sale.

Given some of those targeted are active duty service members, the security concerns are heightened, the authors caution. They even include examples from the conflict in Ukraine highlighted how conventional warfare mixed with cyber-attacks can have deadly consequences.

"The unfortunate reality is that bad actors, exploiting Facebook's openness and reach, have used this American-bred company to spread disinformation, sow division and undermine our very own democracy," Sen. Mark Warner, the top Democrat on the Senate Intelligence Committee, told CNN. "And they've done this, in part, by zeroing in on service members and Veterans."

Facebook periodically announces it has proactively taken down what it describes as "coordinated inauthentic behavior" -- some of those fall into the category of influence campaigns, which usually benefit a particular country's government. But Facebook isn't aware of all its users' intentions, and tips from some past takedowns have originated with other tech companies or the FBI.

In total, VVA inspected more than 150 pages, with moderators originating from at least 32 different countries. For its part, Facebook has shut down at least a third of the pages that the VVA has flagged, citing inauthentic behavior.

Facebook declined to comment on the record about how it identifies where page administrators come from. In a statement, spokeswoman Jennifer Martinez said, "This report describes several instances of Veterans being targeted on social media. We take these issues seriously and will continue to work with the Veterans community to address their concerns."

In at least one known instance, according to the Washington Post, the US government has taken direct action to disrupt such actors: US Cyber Command reportedly blocked the IRA's internet access during the 2018 midterm election.

Unclear who should play defense

But it's less clear who's supposed to play defense. The study's author, VVA researcher Kris Goldsmith, told CNN he doesn't solely put the blame on the tech platforms they highlighted including Facebook, and wants the government to take a proactive role in protecting Veterans from influence operations and scams.

"The fact that it's on Facebook makes it look to members of Congress right now as if like it's all Facebook's fault," Goldsmith said. "In our view, Facebook's an American asset, one of the most important American companies to ever exist, one that can be a force for good to spread democracy around the world, and our adversaries have turned it against us."

The Departments of Defense and Veterans Affairs, for instance, should "coordinate federal efforts to protect servicemembers and Veterans from deceptive, foreign-generated online content," he wrote in the study, but the agencies have not responded to him.

In a statement to CNN, Pentagon spokeswoman Heather Babb said current personnel "must undergo annual cyber security training. As part of this training, personnel learn about the potential dangers of social media, phishing and other cyber threats, as well as measures they can take to protect themselves."

Veterans Affairs spokesman Randal Noller told CNN that "Veterans are the targets of many of the same types of fraud as the rest of society, including mail, telephone and online fraud."

"VA appreciates this group's views and will respond to them directly," Noller added.