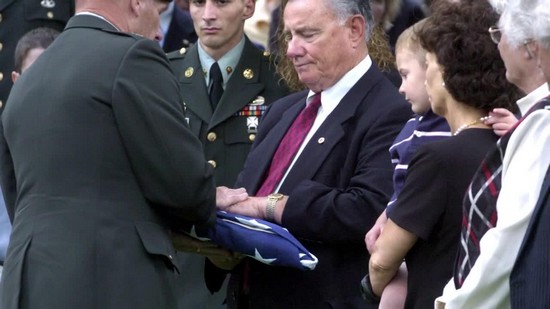 A charitable campaign to help the families of military men and women who have fallen or been disabled while on active duty in the United States armed forces is reporting a record fundraising haul.

"We set an ambition of $2 million, which was way higher than last year's $1.2 million," announced Anthony Hucker, president and CEO of Southeastern Grocers, on "Fox and Friends" on Friday.

"We were a little bit apprehensive, but what I can tell you and your viewers today -- on behalf of our 50,000 associates and customers is that we've blown that target away," he continued. "We have doubled last year's performance in donations to the tune of over $2.4 million."

The money will go to Folds of Honor, which is a 501(C)(3) nonprofit organization, rated a four-star charity by Charity Navigator, that provides educational scholarships to families of those killed or wounded while serving the country.

The Southeastern Grocers' campaign was launched on "Fox and Friends" on Memorial Day weekend, and it raised money by asking its customers to round up their grocery bills to the nearest dollar.

Hucker was joined on "Fox and Friends," by Lt. Col. Dan Rooney, an F-16 fighter pilot in the Air Force Reserves, who served three tours of duty in Iraq and founded Folds of Honor in 2007.

Rooney said the $2.4 million donation will go toward changing the lives of 500 people.

The story of Rooney's mission to help the families of service members is told in the Fox Nation documentary “Godspeed: Folds of Honor Story,” and the brand new Fox Nation show, "Folds of Honor: A Fighter Pilot’s Mission To Deliver Healing and Hope to America."

The performance will be available for free on Fox Nation and streaming live on Fox News Digital and all Fox News social media platforms.

Rich promoted the show on "Fox and Friends," detailing all the entertainment that folks can expect to enjoy.

"My favorite gospel act the Issacs are going to be here as well," he continued. "Clint Black is coming. Lee Brice is coming. LoneStar is coming, which is my original band. I'm going to sing lead with Lonestar, man. It's like the first time that I've done that since the mid-'90s."