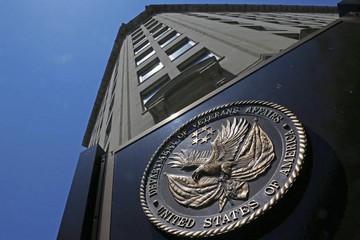 “Severe” staffing shortages in clinical psychiatry, nursing, and among medical officers continue at Veteran Health Administration facilities, according to a recent VA Inspector General report released Tuesday. But despite these continuing shortages of critical staff, the VA has increased the number of people hired for these vital positions.

Overall, the report, required annually by the VA Choice and Quality Employment Act of 2017, states that while “severe” staffing shortages still exist among critical categories such as nursing, medical officers, and psychiatry, overall, the VA has made strides in filling these vacancies.

The report cites The Veterans Access, Choice, and Accountability Act and VCQEA as providing a mechanism for the VA to assess and fill critically short-staffed openings, resulting in an 11 percent decrease in “severe occupational” staffing shortages relative to FY2020.

Psychiatry and mental health services are a critical focus of the VA. While the report states that “VHA generally experienced net increases in onboard staffing levels in each of these occupations, annually, since FY 2017,” holes remain. However, according to VA Secretary Denis McDonough, who spoke with Military Times over the weekend, progress is being made. McDonough said a nationwide shortage of mental health professionals is part of the staffing issue at the VA.

“We’re taking a very hard look at how it is that we can be part of the solution and ensuring that the country, which is experiencing a strategic shortage of counseling counselors, social workers, therapists, psychologists, psychiatrists, how can we do our part to grow that number? So those are some of the things that we can, will, and indeed are doing,” McDonough said.

McDonough also told Military Times that the VA needs to “do a better job getting more Veterans in our care.” Driving this need is that Veterans who seek VA care tend to fare better than Veterans who do not, which is critical for issues such as Veteran suicide.

According to the latest statistics released by the VA on Sept. 8, 6,261 Veterans committed suicide in 2019. This number is 399 fewer than in 2018 and equates to approximately 17 Veteran suicides per day. Although down from the “22 a day” statistic that the VA used to estimate Veteran suicide a decade ago, McDonough says, there is still room for improvement.

“One, suicide is preventable,” McDonough said. “Two, it requires a comprehensive public health effort. And three, that means everybody has a role. And we’re reminded of that every day. And I think we’re demonstrating that this strategy can work. We’ve just put out the most recent numbers, which is the numbers from 2018 to 2019. And we showed a decrease in the number of Veteran suicides, which, of course, is important news. But it’s insufficient. And we won’t stop until we get that number to zero.”