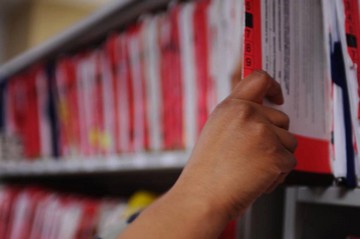 Department leaders announced the changes on Wednesday alongside the findings of a four-month investigation into the $16-billion project, which includes plans for expanded employee training and widespread deployment of the new system throughout VA hospitals as early as 2024.

“We will do everything we can to get electronic health records right for Veterans and our health care staff, with patient safety being the key driver and non-negotiable,” VA Deputy Secretary Donald Remy said in a statement.

“VA is refining [electronic health records] governance and management structures to establish additional rigor and oversight … and will continue to update and refine the implementation process to ensure it delivers the excellence Veterans expect from VA.”

The moves come as the electronic medical records project has come under increased scrutiny from members of Congress amid significant problems with the system in its early deployment to VA sites.

In 2017, then-President Donald Trump announced the plan to put all Veteran health care files on the Cerner Millennium software platform to bring VA and Defense Department records onto the same system for the first time.

But In July, VA Secretary Denis McDonough halted the records transition effort after reports of significant problems with the system at Mann-Grandstaff VA Medical Center in Spokane, Wash. The VA Inspector General found that rollout to be a chaotic headache, criticizing “insufficient time for training … challenges with user role assignments, and gaps in training support.”

The internal review appears to lay blame for those failings on insufficient leadership and communication with employees. As a result, VA officials are planning a new leadership structure for the project, moving the individuals previously in charge to other assignments.

“The Office of Electronic Health Record Modernization is essentially gone now,” said a senior VA official with knowledge of the changes.

Dr. Terry Adirim, the Acting Assistant Secretary of Defense for Health Affairs, will serve as the new VA program executive director of the program. Officials will also create a new deputy chief information officer to oversee work, and make those new posts directly responsible to Remy.

A revamped Office of the Functional Champion will “ensure appropriate clinical involvement that will include having a principal role in processing and resolving patient safety concerns.” Department leaders said the changes will help officials better respond to staff concerns and problems in the future.

Plans for new training are also underway, to include more practice time for staff with the new system before using it in clinical settings.

Before the halt in the records system rollout last summer, the next site scheduled to begin implementing the Cerner system was VA medical center in Columbus, Ohio.

The new rollout plan will start there, in March 2022, with deployment to the VA medical center in Walla Walla, Wash., a few weeks later.

Officials said they are confident that the changes put in place will make for a smoother transition there than what was seen in Spokane.

“Future deployments, adjustments, and/or modifications to the schedule will be made based on any additional clinical and technical findings and will continuously consider the effects of the ongoing COVID-19 pandemic,” the new report states.

In recent interviews, McDonough has insisted that despite the problems thus far, VA is committed to changing over to the new system. In July, he said the goal of the work remains “to create a platform that seamlessly delivers the best access and outcomes for our Vets and the best experience for our providers.”

McDonough is scheduled to speak about the changes during testimony before the Senate Veterans’ Affairs Committee on Wednesday afternoon.