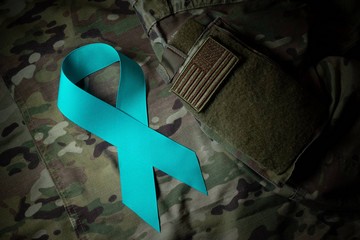 The Department of Veterans Affairs continues to have difficulty with the “special challenge” of processing military sexual trauma-related claims, according to a report released Thursday by the VA Office of Inspector General. Errors during claim processing, and a failure to implement recommendations from a 2018 IG report, resulted in the VA prematurely denying benefits to potentially thousands of veterans, the report found.

Overall, the VA estimates roughly 57 percent of denied military sexual trauma claims were still not processed correctly, an increase from 49 percent during a similar review in 2018.

“The OIG concluded that VBA was not properly implementing recommended changes to assist veterans who had experienced military sexual trauma in obtaining the care and benefits to which they are entitled,” the review states in its findings.

Thursday’s review by the VAOIG is a follow-up to an August 2018 report, which laid out six recommendations for improving the process of MST claims and reviewing previously denied claims to ensure their accuracy. Ultimately, investigators determined that the VBA did not effectively implement the recommendations, leading to continued deficiencies in claims processing.

The review states that VBA took “steps” to implement the six recommendations laid out in the 2018 report. However, the VBA did not “monitor” the process “for compliance.” Leading investigators to conclude that “inadequate governance” of the MST claims “undermined” what the VA calls a “special obligation” to help those claiming MST.

“VBA should have created controls to ensure this policy was enforced and to hold both offices and individuals accountable for deficiencies,” the report reads.

While the VBA continues to struggle with processing MST claims, the report also details the hurdles veterans face in making such a claim in the first place. According to the report, the Defense Department estimates two-thirds of sexual assaults in the military go unreported. As a result, evidence of trauma necessary for a claim of Post-Traumatic Stress Disorder related to MST is often difficult to “produce or validate.” That’s resulted in what the OIG deems a “special challenge” for the VA.

“VA takes its responsibility extremely seriously in its mission to provide the necessary care and resources to individuals recovering from the devastating impact of MST. VA has already begun taking necessary action,” VA spokesman Terrence Hays told Military Times in an email.

While processing claims related to MST is complex for many reasons, the VAOIG recommended additional actions that the VA should take.

These include establishing a procedure to correct previous errors on claims; developing and monitoring a plan to address identified deficiencies in the MST claim process; effectively implementing and promoting compliance as related to the 2018 report; and developing a written plan to strengthen communication, oversight, and accountability of military sexual trauma claims processing.

“Bottom line is that we will make all necessary steps to ensure those impacted by military sexual trauma have the absolute-best care VA can offer,” Hayes said.