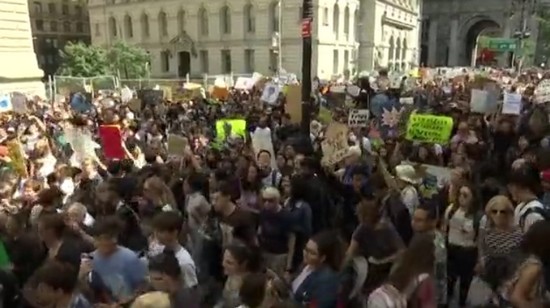 That struck me the moment he sat across from me in the Washington Examiner office, noticing his plain navy suit, short black hair, camo-colored watch, and serious demeanor.

“Wars are fought by humans,” he replied almost instantly, after I asked him what Americans are missing about foreign policy. “A lot of people think that wars have almost become like a video game,” he said, “but the brunt of these conflicts has been borne by actual real human beings, not machines.”

Caldwell didn’t always understand this, but he saw it firsthand when he joined the Marine Corps after graduating high school in Arizona. He spent two years in D.C. before deploying to Iraq.

“I was in an infantry unit, a member of Fox company, 2nd Battalion, 1st Marines. We were spending a lot of time in Humvees and driving around, we were all over the country,” he said. “I was very ... lucky for the most part, you know, to have a mostly quiet deployment. But at the same time, you know, I saw a lot there that kind of made me wonder. When I got back from Iraq, I started to learn more.”

Caldwell told me how he made a “concerted effort” to learn more about the conflict and its history. After doing so, he said it “became very apparent” that “the invasion of Iraq was probably one of the worst national security decisions in the history of the United States.”

Caldwell, like many Veterans, came to embrace a foreign policy philosophy that he said is “rooted in realism and restraint.” In his telling, “It’s not isolationism, it's not noninterventionism, and it's not weakening the military," but "if there is not a clear threat to our national interest, we should not be getting involved in a conflict.”

These foreign policy views led Caldwell to get involved with Concerned Veterans for America. He served as executive director of the Veteran's advocacy group for almost two years but then transitioned to a role as senior adviser.

Concerned Veterans for America, or CVA, works on three main issues, Caldwell said: reforming the Department of Veterans Affairs, addressing the growing national debt, and advocating for a restrained foreign policy and an end to what he calls “endless war.”

I asked Caldwell to explain because all the economic arguments aside, I didn’t understand what he meant when he said that debt could be a security threat.

“A lot of other military leaders have said that if we don't get our fiscal situation under control, then our economy is going to suffer and therefore our national defense is going to suffer,” he said. “The best way I can describe it is actually by telling a story from another country, and that's Greece.”

“The Greeks were in such bad financial shape, primarily because of their inability to control their national debt, that they could not afford fuel for their fighter jets. There's nothing that says that we, as the United States, could not reach that point.”

But while their debt advocacy is certainly interesting, CVA has made more headlines recently for their foreign policy efforts.

On Wednesday, the organization launched a massive paid media campaign to lobby the White House and congressional Republicans to pull our troops out of Afghanistan. The campaign is called “Honor Their Sacrifice,” and it urges policymakers to honor the sacrifice of our Veterans by pursuing better, more restrained foreign policy.

“Now we have a six-figure television ad that's playing in the D.C. area on Fox News,” Caldwell said. “And this is coupled with an intense grassroots push, contacting members of Congress, making phone calls, office visits, and so on.” He described impressive advocacy efforts, with over 15,000 Veteran activists working with CVA regularly, all across the country. The goal of this campaign, more particularly, is to end the war in Afghanistan.

American troops first invaded Afghanistan in 2001, in the wake of 9/11. The invasion was a response to the Taliban’s harboring of the al Qaeda terrorists who planned the terrorist attack. But we punished the Taliban and all but defeated al Qaeda in the first few years of the conflict. The decade since has been spent in a failed nation-building attempt to prop up an Afghan government that’s still faltering.

This brought Caldwell and me to the discussion of President Trump, who broke with long-standing Republican orthodoxy to campaign against endless war and nation-building in his 2016 campaign.

I pressed Caldwell on this because all his noble promises aside, we’re over two years into Trump’s presidency, and we still have roughly 14,000 troops in Afghanistan. This is, in part, because the administration’s attempts to broker a peace deal with the Taliban have broken down.

But Caldwell doesn’t think this is prohibitive. “Our view is that we should get out of Afghanistan, peace deal or no peace deal. It's not in our national interest to still be there,” he insisted.

He was high on praise for President Trump when it comes to foreign policy, at least.

“President Trump deserves a lot of credit for both campaigning on ending some of these endless wars and not starting any new wars, despite intense pressure from the national security establishment to do so.”

He said that Trump owes his 2016 election to his anti-war stances, at least in part.

“One of the reasons Trump won in 2016, especially in key states like Wisconsin and Michigan and Pennsylvania, was because of his advocacy of a more restrained foreign policy,” Caldwell said.

“You saw that some of the counties that he flipped for Republicans in 2016 had higher levels of residents who were killed in action or wounded in action. And that you saw that those voters and their families were more inclined for President Trump.”

It remains to be seen, however, whether Trump follows through on his promises. Still, President Trump loves Veterans, and many of them are calling on him to end the failed war in Afghanistan.

In fact, Caldwell said that most Veterans agree with the work Concerned Veterans for America is doing. He cited a recent poll they conducted in April, which showed that 60% favor exiting Afghanistan, with only 30% in favor of remaining. This, Caldwell said, “is just not an issue where you see a 50-50 split anymore.”

CVA’s new campaign makes it clear that thousands of Veterans such as Caldwell have seen the cost of war up close and are clamoring for an end to the forever war in Afghanistan as a result. But only time will tell if President Trump heeds their call.