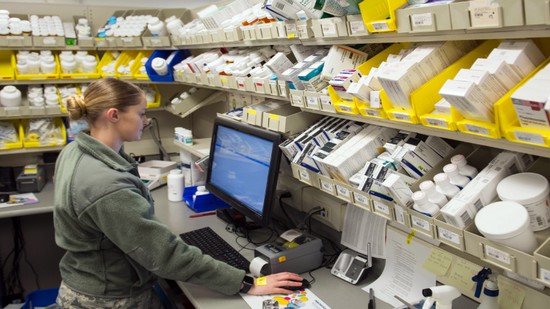 Thousands of TRICARE beneficiaries are losing coverage for their medication as more drugs are dropped from the list of those approved for TRICARE coverage.

The Defense Health Agency has been excluding some prescription drugs from TRICARE coverage after the fiscal year 2018 National Defense Authorization Act included a provision allowing DHA to do so.

Previously, all medications were categorized in one of three tiers – Generic, Brand Name and Non-Formulary – with varying copays for beneficiaries.

Now, drugs that DHA categorizes as “Tier 4/non-covered” are excluded from coverage under TRICARE. These Tier 4 drugs cannot be obtained at pharmacies at military treatment facilities. They also aren’t available through the TRICARE Pharmacy Home Delivery Program.

Tier 4 drugs are only available at retail pharmacies at full out-of-pocket cost to the beneficiary. Costs for Tier 4 drugs do not apply to the annual TRICARE catastrophic cap.

For the last year, the DHA has been identifying and reviewing drugs to potentially remove them from coverage. The first round of Tier 4/non-covered drugs was announced in August 2019 and included Glumetza, Vimovo, and Lexette. Excluding these drugs had little impact on beneficiaries since very few TRICARE patients were using these prescription drugs and alternative agents were available for them.

However, nearly 19,000 beneficiaries taking Dexilant to treat gastroesophageal reflux disease (GERD) were impacted when that drug was dropped from TRICARE coverage effective Nov. 28, 2019.

We also recently learned that DHA is considering adding brand-name erectile dysfunction drugs Viagra and Cialis to Tier 4/non-covered status, although this decision is pending approval from the DHA director.

While MOAA understands the rationale for establishing Tier 4 to improve formulary management, we are concerned about where this process is headed. We are monitoring Tier 4 drug reviews closely to ensure DHA follows congressional intent and moves to Tier 4 only those medications that “provide very little to no clinical effectiveness” per the FY 2018 NDAA legislative language.

MOAA is also pressing DHA to establish an appeals process for Tier 4 determinations.