Tricare Prescriptions Would Be Free During Pandemic Under New Proposal 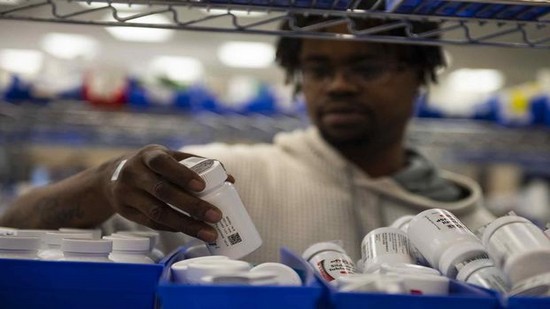 Two U.S. senators have introduced legislation that would let Tricare waive prescription drug copayments for the duration of the COVID-19 pandemic or other national emergency.

Military families and retirees who use on-base pharmacies have no copayments for prescriptions at those facilities. But they do share the cost of their prescriptions at civilian retail stores and through Tricare's mail-order system.

The bill would let DoD waive those fees, which range from $10 to $60 for a 90-day drug supply by mail, and from $11 to $60 for a 30-day prescription at a retail pharmacy. That waiver would stay in effect during the pandemic or other national emergency as declared by the federal government.

"In the wake of a widespread disaster like a hurricane or global pandemic, our military service members, Veterans, and their families should not have to worry about how they will continue to afford life saving treatments," Wicker said in a release.

A similar bill has been introduced in the House by two Democrats, Reps. Elaine Luria of Virginia and Lisa Blunt Rochester of Delaware.

At the height of social distancing measures during the coronavirus pandemic, Defense Health Agency officials encouraged Tricare beneficiaries to switch to mail order, which carries lower copayments than retail stores and offers the convenience of home delivery.

Base restrictions and reduced staffing also made it more difficult for some beneficiaries to pick up prescriptions at military pharmacies. Although some established temporary drive-up or curbside service or changed hours to accommodate patients, some limited operations only to active-duty personnel or closed temporarily.

Beneficiaries who also take medications needed for COVID-19 patients and use mail order also saw some of their copayments triple when Tricare limited prescriptions of certain drugs to a 30-day supply. Previously, beneficiaries could receive a 90-day supply of these medications for the same copay.

Defense officials announced in May that it would limit prescriptions of albuterol and levalbuterol, also known by the brand names ProAir, Proventil, Ventolin and Xopenex, as well as hydroxychloroquine, also known as Plaquenil, to prevent shortages.

Tricare beneficiaries also told Military.com that other medications were on the limited supply list, such as fluticasone, also known as Flovent or Flonase. The corticosteroid reduces inflammation of the nasal passages.

Retired Marine Corps Maj. Mike Snyder said he received a 60-day supply, rather than his usual 90-day supply, without warning.

"I only get a two-month supply and then I have to renew in 30 days for another two-month supply as long as this restriction is in place. What that means is that I will pay two copays and only get half the product I'm supposed to," Snyder said.

The bills circulating in the House and Senate would give DoD the "flexibility they need to waive cost sharing requirements," since the department is not allowed by law to change Tricare copayments.

But they would not require the DoD to waive the fees, and, if made into law and the Pentagon decided to institute the copayment waiver, would not be retroactive.

Still, with no end in sight for the national emergency and when planning for future disasters, DoD should have the ability to change the copays if needed, the lawmakers said.

"Forcing our service men and women to make the decision between saving money and their health is wrong," Blunt Rochester said. "This is the least we can do for those who have served our nation."