2019: Big year with big changes ahead for VA loan program 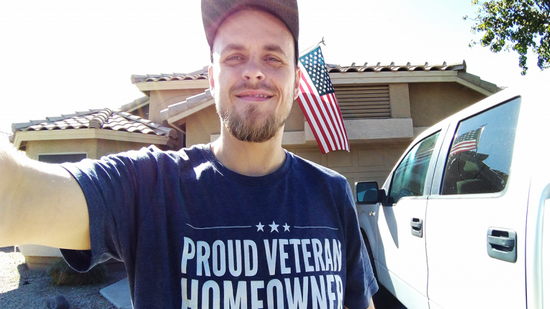 A year full of milestones for the historic VA loan program was also a big one for Veterans and military homebuyers nationwide.

The VA backed more than 624,000 loans in Fiscal Year 2019, with loans to purchase homes up for the eighth year in a row. Younger Veterans and service members are fueling the continued growth of the program.

Nearly half (45 percent) of all VA purchase loans in FY19 went to millennial and Generation Z Veterans, a burgeoning trend that shows how this hard-earned benefit is still meeting its original mission.

So many younger civilians are stuck on the homebuying sidelines, unable to build the kind of credit and savings needed for conventional financing. With the VA loan benefit, younger Veterans and service members don’t face the same hurdles, making homeownership a possibility today rather than years from now.

VA loans give qualified buyers the ability to purchase with:

Another major obstacle for civilian buyers is student loan debt. That landscape looks a lot different for VA buyers because of their education benefits.

Younger Veteran buyers have emerged as an economic force in communities across the country. But so many of them wouldn’t be in position to plant roots without a benefit introduced two weeks after D-Day.

VA loans celebrated their 75th anniversary this year, and in many ways they’re more important than ever. The program was part of the original GI Bill of Rights signed into law by President Franklin Delano Roosevelt on June 22, 1944.

While the loan program looks different three-quarters of a century later, the basic idea is still so relevant and vitally important. VA loans exist to level the playing field for those who serve and sacrifice to protect the American Dream.

That mission has proved critical in the wake of the housing crisis a decade ago. Veterans have turned to VA loans in waves during a time of tight credit and tough lending. Historically, VA loans have accounted for about 2% of the mortgage market. They’re now about 10%.

This program has backed more than 8 million loans over the last two decades, with nearly 70% coming within the last 10 years.

Greater awareness of the benefit and what it can do for Veteran buyers has been a key byproduct of all that growth. VA loans aren’t the right fit for every Veteran, but knowing about all of your mortgage options ensures you can make the best financial decision possible.

This year also brought some important updates to the loan program that take effect in 2020. The biggest win: Effective loan limits are going away for qualified buyers.

In previous years, Veterans who wanted to purchase above their county loan limit needed to make a down payment for what’s otherwise a $0 down program. Removing these limits helps Veterans and military families maximize their budget and their benefit, especially those stationed or living in more expensive housing markets.

Changes are also coming to a key loan fee.

Congress slightly increased the VA Funding Fee for most buyers for the next two years. But there’s also a new exemption for Purple Heart recipients on active duty, and National Guard and Reserve loans now have the same fee structure as regular military.

The VA Funding Fee applies to most purchase and refinance loans and helps keep the program running. Veterans receiving compensation for a service-connected disability and select others don’t pay the fee at all.

After a decade of incredible growth, the VA loan benefit heads into a new one stronger than ever.