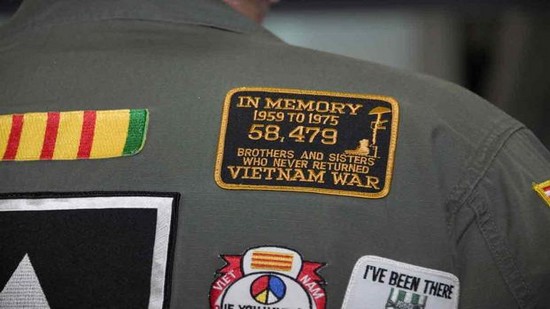 Vietnam-era and other pre-9/11 Veterans are one step closer to accessing a program designed to pay their spouses or other family support for in-home care even as rules tighten for who can enroll, as part of a highly anticipated proposed rule release from the Department of Veterans Affairs.

Among the changes laid out in the 231-page proposal is a shift in the level of care Veterans must require to qualify; a change to monthly payment amounts and how they are calculated; a downsizing of benefits tiers; and a benefits grace period for caregivers who leave the program due to domestic or intimate partner violence.

No start date was given for the proposed changes. Their rollout, however, is tied to an already delayed IT upgrade needed to handle the anticipated influx of applicants. That update is expected by late this fall, VA officials said in a release. From there a two years must pass before the benefit is expanded to Veterans who did not serve after 9/11. The program also only serves those providing care for a service-connected disabled Veteran -- not a Veteran providing care for someone else.

The VA's caregiver stipend program has long been available only to caregivers of post-9/11 Veterans. The program currently pays stipends to about 18,000 caregivers, with dollar amounts based on a three-tiered system tied to Bureau of Labor Statistics (BLS) rates for in-home health aids.

But the program is notoriously inconsistent, with enrollment standards varying widely by region. To curtail that problem, VA officials have repeatedly closed and reopened enrollments as they worked to tighten guidance on what injuries require such care.

Meanwhile, some advocates for Veterans decried the program as unfair because it did not allow pre-9/11 Veteran access at all. A 2018 law, known as the VA Mission Act, laid the groundwork to open enrollment for the program to Veterans of other eras. The law requires the VA to first complete an IT overhaul for administering the program, a process that is still ongoing, and issue new policy rules governing its administration.

The proposed rules, released March 4, are the VA's response to that policy requirement.

While newly qualifying Veterans will benefit from the expanded access, the changes could drastically impact those who are currently enrolled. And while the proposal includes a grandfather clause that would protect their enrollment for a year, some caregivers may find they no longer qualify under the new, tightened regulation.

Currently, Veterans qualify for the program by needing assistance with "activities of daily living" identified by the VA. Those include dressing and undressing; bathing; grooming; adjusting special prosthetics or orthopedic appliances; toileting; feeding; and mobility. But the current rules do not specifically dictate how often that assistance is required.

The new policy would instead require that the Veteran need assistance with the identified activities each time they are completed. That change would in effect block Veterans who only need periodic help from the program.

Those who qualify under the old rules would be grandfathered into the program for a year, during which time they would be reassessed for enrollment.

Rather than a three-tiered system currently in place with payment amounts based on estimates of time spent providing care, the revamped program would instead include only two tiers. They would be divided into those who need assistance with at least three of those daily living activities and those who need help with no more than two.

Monthly stipends would then be based purely on those tiers and tied to the government's GS-4, step 1 rate plus locality pay, instead of the BLS calculated rate for home health aids currently used. The proposal estimates that, in most cases, the change will result in a slightly increased caregiver payment.

Caregivers in tier one of the proposed scale would receive about $2,250 monthly before locality pay, while those in tier two would receive 62.5% of the full rate, or about $1,410.

Caregivers who currently receive a higher payment than the proposed change to GS-4 gives would be grandfathered into the old payment system for one year, the proposal states.

The new proposal also expands protections for caregivers who are victims of domestic violence or intimate partner violence. Currently, those who drop from the program because of those issues are given a 30-day grace period. But how that is actually implemented depends on a wide variety of factors, including the local program administrator and whether the Veteran immediately designates a different caregiver.

But the new rules add specific, broad protections for domestic and partner violence victims, granting a 90-day payment grace period for caregivers who report violence or abuse. By doing so, the authors state, they hope to encourage caregivers to keep themselves safe.

"We have found that oftentimes, a caregiver may remain in a [domestic violence] ... situation due to financial concerns," the proposal states. "They may choose to not leave such a situation because doing so would result in financial insecurity, including loss of caregiver benefits such as the stipend payment and health care benefits. We propose to extend caregiver benefits for a period of 90 days after discharge in such instances. .... We do not want to encourage caregivers to remain in such situations."

The rules will be published to the Federal Register on Friday and are subject to a 60-day public comment period.