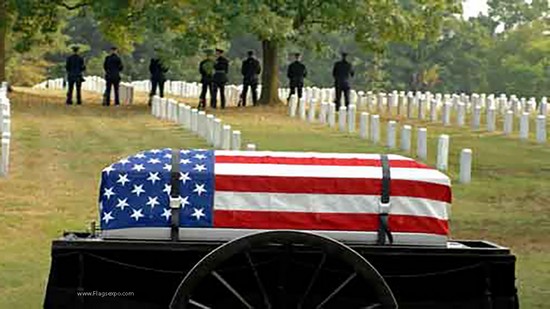 46 Veterans in our area have died since the pandemic started. The Veterans of Foreign Wars reports, due to state and local regulations, those Veterans never received their full military honors.

To celebrate the nation's independence, and recognize sacrifice those 46 Veterans made, the Lubbock VFW along with the United Legion and the Military Order of the Purple Heart are giving those Veterans the military honors they deserve.

"They went to the pearly gates without being escorted by us Veterans so once they actually opened up we wanted to actually honor them and today was a fitting day to do that," said Benny Guerrero with the VFW. "So today we're having a roll call in their honor and a 21-gun solute and taps."

Guerrero says with all the turmoil ongoing around the country, Americans need to find a reason to come together. He says there should be no better reason than to honor to people who made sacrifices for American freedom.