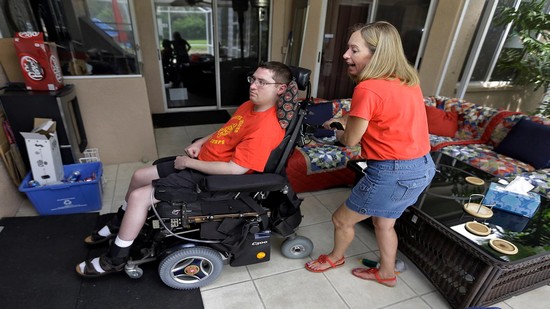 Veterans Affairs officials are planning to expand caregivers stipends to additional families starting this October, one year after advocates had originally hoped for the financial assistance to be put in place.

About 20,000 veterans — all of whom left the service after Sept. 11, 2001 — are currently participating in the VA caregiver program. The payouts provide thousands of dollars a month in compensation to spouses, parents and other partners of severely injured veterans who otherwise would require expensive institutionalization.

Under new regulations released Friday, department officials said caregivers of veterans injured on military duty before May 7, 1975, would be eligible for the monthly payouts as early as Oct. 1, although when the bulk of payouts would occur remains unclear.

Caregivers of veterans injured between 1975 and 2001 would have to wait two more years to enter the stipend program, under rules previously established by Congress. That leaves those families with a wait until at least October 2022 to enter the program.

VA Secretary Robert Wilkie said the changes “will allow our most vulnerable veterans to stay with their loved ones for as long as possible” while recognizing the complexity of adding up to 41,000 new families to the program in coming years.

The expansion is expected to cost about $3 billion over the next five years, according to previous VA calculations.

The expansion was mandated under the VA Mission Act passed by Congress and signed into law by President Donald Trump in summer 2019. The law is best known for an overhaul of VA’s community care programs, which Trump often refers to as “veterans choice” in campaign stump speeches.

But the caregiver provisions were a major issue for veterans advocates at the time of passage, because of concerns that many eldery veterans had been unfairly excluded from the program.

The program was due to be expanded in fall 2019, but delays in mandated technology upgrades pushed back the initiative by a year.

Under the final regulation, the revised Program of Comprehensive Assistance for Family Caregivers veterans with a service-connected disability rating of 70 percent or higher, regardless whether their condition resulted from an injury, illness or disease.

Department officials said they will also provide new training for staff and caregivers, to include financial planning and legal services for families.