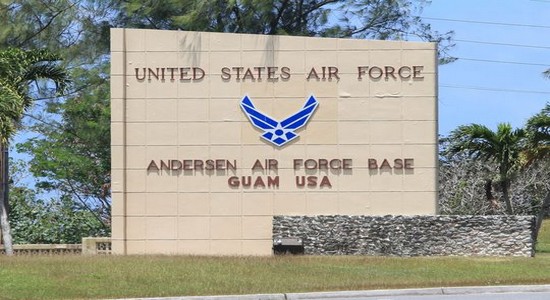 According to the notice, Guam EPA charged with the responsibility of implementing the Guam Pesticides Act, found there was a possible misuse of a product to disinfect water for distribution.

On Dec. 28, 2018, a routine sanitary survey inspection was conducted on a water storage tank on Northwest Field and Guam EPA staff discovered a different form of chlorination from what was approved by Guam EPA was installed, the notice stated.

A review by Guam EPA's Pesticides Enforcement Program found the product is a pesticide and is used only for swimming pools, per the product labeling. Guam EPA imposed a $750 administrative penalty.

Andersen in a release said it used Pool Time chlorination tabs to sanitize a half-million-gallon drinking water tank that serviced the facilities on Northwest Field; however, Guam EPA classifies the tablets as a pesticide and when this became known, the use of the tablets was immediately ceased.

Although Andersen received the notices of violation for the Northwest Field water tank, at no time was the water deemed unsafe to drink. Both Guam EPA and Andersen concluded that the use of the Pool Time chlorination tabs wouldn't result in any adverse health effects, the release stated.

A public notice explaining what had happened was sent to people who may have been exposed to the drinking water, the release stated

Andersen conducts routine analysis of its water supply and at no point was it deemed unsafe, the release stated, and the base fully cooperated with Guam EPA. Military representatives met with Guam EPA on Feb. 7 to discuss the actions required by the notice of violation and committed to paying the appropriate fines, the release stated.

The $750 fine is in the final process of being paid and the $1,700 fine is still being discussed with Guam EPA as there is no record/proof of exactly when the tabs were used, the release stated.

Personnel involved in operating and maintaining the water systems have been disciplined/counseled and additional training accomplished, the release stated, and new standard operating procedures have been put in place, requiring regular internal inspections of all systems with environmental permits and notifications to environmental experts when primary methods of chlorination are inoperable.