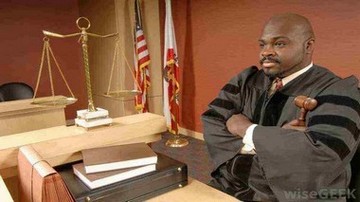 Tampa, Florida – The United States has filed a civil lawsuit against Dr. Edward Lubin, a pain management doctor practicing in Tampa, alleging that he issued patients medically unnecessary prescriptions for Subsys, a fentanyl-based spray manufactured by Insys Therapeutics, Inc., and used to treat breakthrough cancer pain. Dr. Lubin allegedly participated in Insys’ sham speaker program, through which it paid doctors in exchange for them writing such unnecessary prescriptions for Subsys.

In its complaint, the government alleges Dr. Lubin violated the federal Anti-Kickback Statute and the False Claims Act by repeatedly accepting payments of up to $3,700 from Insys for attending sham speaking events and, in exchange for these payments, prescribed Subsys to patients for whom the drug was either not medically necessary or otherwise inappropriate. These prescriptions were submitted to and paid through the Medicare and TRICARE federal healthcare programs. As further alleged in the complaint, between 2014 and 2016, Dr. Lubin prescribed Subsys to 61 patients, only nine of whom actually had cancer. In total, the United States alleges Dr. Lubin received more than $159,000 in payments from Insys and, in return, wrote Subsys prescriptions for which Medicare paid more than $2.8 million in claims.

The United States previously prosecuted Insys under a criminal information filed in the District of Massachusetts, and Insys agreed to a global resolution of the government’s separate civil and criminal investigations. As part of the civil resolution, Insys agreed to pay $195 million to settle allegations it violated the False Claims Act and, as part of the criminal resolution, it entered into a deferred prosecution agreement with the government, its operating subsidiary pleaded guilty to five counts of mail fraud, and the company was subject to a $2 million fine and $28 million in forfeiture.

Additionally, the United States criminally prosecuted the founder and four former executives of Insys. A federal jury in Boston previously found those defendants guilty of, among other things, using Insys’ speaker program to bribe medical practitioners to prescribe Subsys.

The claims asserted against Dr. Lubin are allegations only, and there has been no determination of liability.

Tips and complaints from all sources about potential fraud, waste, abuse and mismanagement, can be reported to the Department of Health and Human Services at 800-HHS-TIPS (800-447-8477) and the Department of Defense Office of Inspector General at 1-800-424-9098.