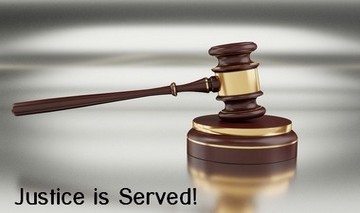 According to court documents, from around October 2016 through around April 2019, Epstein and Nolan ran a telemarketing company in Tampa called REMN Management LLC that targeted the elderly to generate thousands of medically unnecessary physicians’ orders for durable medical equipment (“DME”) and cancer genetic testing (“CGx”). Epstein and Nolan also created and operated Comprehensive Telcare, LLC, a “telemedicine” company through which they illegally bribed physicians to sign the orders regardless of medical necessity. Epstein and Nolan then illegally sold the signed physicians’ orders to client-conspirators for use as support for false and fraudulent claims submitted to Medicare and CHAMPVA. The conspiracy resulted in the submission of at least $134 million in fraudulent claims to the federal health benefit programs, resulting in approximately $29 million in payments.

The investigation and prosecution of the case were a joint effort between the Middle District of Florida and the Department of Justice - Criminal Division, Fraud Section, Health Care Fraud Unit, as part of nationwide actions known as Operation Brace Yourself and Operation Double Helix. The operations targeted ongoing schemes, such as the conspiracy described above, in which DME companies, laboratories, and marketers were paying illegal bribes through “telemedicine” operators to secure signed physicians’ orders for DME and CGx, which were then used as support for fraudulent, illegal claims submitted to Medicare and other federal health benefit programs.

“These significant sentences and restitution of over $29,000,000 to our nation’s critical healthcare system – Medicare – are a result of law enforcement’s unified efforts to hold the perpetrators of one of the largest healthcare fraud schemes in history accountable for their crimes,” said Special Agent in Charge Omar Pérez Aybar of U.S. Department of Health and Human Services Office of Inspector General.

“We are all victims of these corrupt individuals because they cheated the taxpayer funded Medicare system,” said FBI Tampa Division Special Agent in Charge Michael McPherson. “Health care fraud investigations are given high priority within the FBI’s Criminal Investigative Division. Because this abuse impacts us all, protection of these federal health benefit programs is a shared responsibility which can be accomplished with the support of an engaged community willing to bring health care fraud to the attention of law enforcement.”

“Today’s sentence properly holds these defendants accountable for their fraudulent actions and reflects the magnitude of the crime committed against CHAMPVA and Medicare,” said Special Agent in Charge David Spilker of the Department of Veterans Affairs Office of Inspector General’s Southeast Field Office. “The VA OIG’s continued oversight of VA’s multiple healthcare programs, including CHAMPVA, is one of the agency’s highest priorities. We thank our outstanding law enforcement partners for their efforts in this joint investigation.”

"The significant prison terms and financial penalties will hopefully bring some closure to those victimized by Nolan and Epstein,” said IRS Criminal Investigation Special Agent in Charge Brian Payne. “They preyed on the elderly and military Veterans to subject them to unnecessary medical testing and to use unnecessary medical equipment for their own financial gain. We will continue to investigate these con artists and hold them accountable.”

This case was investigated by U.S. Department of Health and Human Services – Office of Inspector General, the Federal Bureau of Investigation, the Department of Veterans Affairs – Office of Inspector General, and the Internal Revenue Service –Criminal Investigation, Tampa Field Office. The criminal case is being prosecuted by Assistant United States Attorneys Tiffany E. Fields, Jay G. Trezevant, James A. Muench, and Department of Justice Trial Attorney Gary A. Winters.