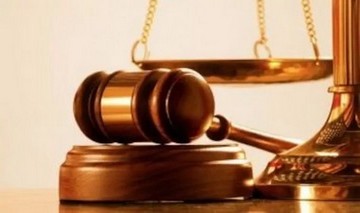 A federal grand jury in the Western District of Arkansas returned an indictment yesterday charging an Arkansas man who owned or managed numerous diagnostic testing laboratories with health care fraud in connection with over $100 million dollars in false billings for urine drug testing, COVID-19 testing, and other clinical laboratory services.

According to court documents, Billy Joe Taylor, 42, of Lavaca, engaged in a scheme between February 2017 and May 2021 in connection with diagnostic laboratory testing, including urine drug testing and tests for respiratory illnesses during the COVID-19 pandemic, that were medically unnecessary, not ordered by medical providers, and/or not provided as represented. According to the indictment, Taylor controlled and directed multiple diagnostic laboratories, and used those labs to submit more than $100 million in false and fraudulent claims to Medicare. The indictment alleges that Taylor obtained medical information and private personal information for Medicare beneficiaries, and then misused that confidential information to repeatedly submit claims to Medicare for diagnostic tests that were not ordered by medical providers and were not actually performed by the laboratories. Taylor allegedly then used the proceeds of the fraud to live a lavish lifestyle, including purchasing numerous luxury automobiles, including a Rolls Royce Wraith, as well as real estate, jewelry, guitars, and other luxury clothing and items.

Taylor is charged with 16 counts of health care fraud, and one count of engaging in a monetary transaction in criminally-derived property. Taylor was previously charged by criminal complaint in May 2021. The defendant is scheduled for his arraignment on Nov. 23 before U.S. Magistrate Judge Mark E. Ford of the U.S. District Court for the Western District of Arkansas. Each of the counts is punishable by a maximum penalty of 10 years in prison. A federal district court judge will determine any sentence after considering the U.S. Sentencing Guidelines and other statutory factors.

The FBI, HHS-OIG, and IRS-Criminal Investigation are investigating the case.