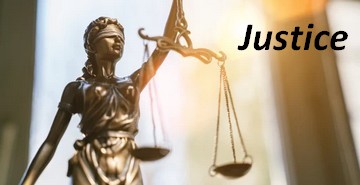 According to the affidavit in support of the criminal complaint, on October 6, 2021, it is alleged that the defendant left a voicemail message at the Mansfield VA Community Based Outpatient Clinic (CBOC), threatening to kill a VA employee.

The Department of Veterans Affairs, Office of Inspector General (VA OIG) investigated the incident and determined that the defendant and a Clinical Pharmacy Specialist in Psychiatry at the Mansfield CBOC had a medical appointment together on October 4, 2021, during which the specialist decided to discontinue the defendant’s prescription for Diazepam. The defendant immediately became upset, allegedly threatened to “shoot somebody” and left the appointment.

Days later, on October 6, it is alleged that the defendant left a voicemail message on a phone at the CBOC threatening to harm the pharmacy specialist and “eliminate her whole family.” The defendant was later charged and arrested.

An indictment is only a charge and is not evidence of guilt. A defendant is entitled to a fair trial in which it will be the government’s burden to prove guilt beyond a reasonable doubt.

In all cases, the sentence will not exceed the statutory maximum, and in most cases, it will be less than the maximum.

This investigation was conducted by the Department of Veterans Affairs, Office of Inspector General (OIG) and the Cleveland VA Medical Center (VAMC) Police Department. This case is being prosecuted by Special Assistant U.S. Attorney Jason W. White.