Four Sentenced for Bribery and Scheme to Defraud VA and SBA 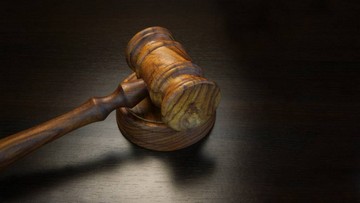 Donald Garner, 50, owner of Veteran Ability, was a government contractor who provided various services to the U.S. government, including the VA in Anchorage. Richard Vaughan, 74, worked at the Anchorage VA as a contract officer representative responsible for awarding and managing numerous contracts for the VA, including a $700,000 SDVOSB contract to perform snow removal services at the Anchorage VA.

Between 2015 and 2017, Garner directed his bookkeeper Yalonda Moore, 52, to deliver more than $29,000 in bribe payments to Vaughan. In exchange, Vaughan gave preferential treatment to Garner by selecting Veteran Ability to complete dozens of “purchase card” jobs at the Anchorage VA, totaling more than $100,000. Vaughan also approved numerous invoices submitted by Garner related to the snow removal contract for work that was either unnecessary or never actually performed, causing the government an estimated $347,000 in losses.

Garner and Vaughan each pleaded guilty to one count of bribery involving a public official and were sentenced to one year and one day in federal prison, followed by three years of supervised release. They must also pay $347,000 in restitution to the VA.

Additionally, between 2014 and 2016, Dale Johnson, 50, owner of ADALECO General LLC, conspired with Garner to perpetrate a “pass-through” scheme in which Johnson allowed Garner to use ADALECO’s name to bid on and obtain SDVOSB set-aside contracts for which Garner’s company was not eligible, including the VA snow removal contract. Although ADALECO was expected to perform the work, Garner’s company illegally assumed control of the contract and received the majority of the profits. In return, Garner paid Johnson a percentage of the contract as a kickback, totaling $54,302.

Johnson pleaded guilty to one count of conspiracy to defraud the United States and was sentenced to five years’ probation and ordered to pay $54,302 in restitution.

“The bribery and fraud scheme by these defendants not only cheated the government, but simultaneously diverted work from eligible, law-abiding service-disabled Veterans,” said John E. Kuhn, Jr. U.S. Attorney for the District of Alaska. “The U.S. Attorney’s Office will prosecute every unlawful attempt to corrupt the government contracting process and will work to ensure that no one profits from such efforts.”

“At the expense of U.S. taxpayers, these individuals traded their integrity for greed, and undermined the VA’s efforts to lawfully contract with service-disabled Veteran-owned businesses in Alaska,” said Assistant Special Agent in Charge Shawn Peters of the FBI Anchorage Field Office. “Dismantling criminal enterprises involving bribery and corruption will always be a priority for the FBI, and together with our law enforcement partners, we will hold those accountable who take part in such schemes.”

The United States Small Business Administration (SBA) is an independent agency of the federal government responsible for aiding, counseling, assisting and protecting the interests of small business concerns. The SBA and VA administer a program to award SDVOSB contracts which can only be awarded to small businesses owned and controlled by qualified Service-Disabled Veterans (SDVs)

Service-Disabled Veteran-Owned Small Business (SDVOSB) is a small business that is 51% unconditionally owned and controlled by a service-disabled Veteran. Through the SDVOSB, the federal government aims to award at least three percent of all federal contracting dollars to SDVOSBs each year. Competition is limited for certain federal contract opportunities to businesses that participate in the SDVOSB program.