Newaygo Woman Sentenced for Defrauding Social Security and Veterans Programs of Over $650,000 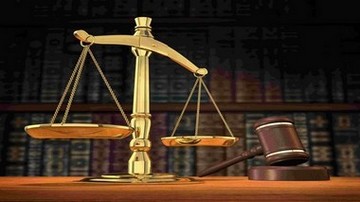 GRAND RAPIDS, Michigan -- A Newaygo woman was sentenced today in U.S. District Court for engaging in a fraudulent scheme that targeted children’s benefits programs administered by the Social Security Administration and the United States Department of Veterans Affairs.

On October 27, 2021, Terrie Lynn Christian, 58, pled guilty to defrauding the Social Security Administration (“SSA”) of over $550,000 by obtaining benefits for two fictitious children. The fraud began in 2002 and was not discovered until 2019. She also admitted to perpetrating the same fraud against the United States Department of Veterans Affairs (“VA”). This scheme netted her over $109,000 between 2003 and 2019.

Christian appeared before U.S. District Judge Hala Jarbou today for sentencing. The judge imposed a sentence of 30 months in prison, supervised release for three years after release, and an order of restitution. Judge Jarbou stated that Christian deserved this sentence because she had stolen benefits from money earmarked to help the children of military benefits and the poor.

U.S. Attorney Andrew Birge stated, “This was a brazen long-term fraud that succeeded as long as it did only because Christian knew how to exploit the safeguards built into these two child-welfare programs for years. Fortunately, law enforcement caught up with her and now she must face the consequences.”

Gail S. Ennis, Inspector General for the SSA, said: “Ms. Christian created fictitious identities and falsified documents to obtain Social Security benefits for non-existent people for nearly 17 years. Her egregious acts resulted in a fraud loss of over $540,000. My office will continue to uphold the integrity of SSA and investigate those who defraud and misuse its programs. I thank the Newaygo County Sheriff’s Office and the Veterans Affairs Office of the Inspector General for their assistance in this investigation. I also thank the U.S. Attorney’s Office for holding her accountable for her criminal actions.”

“The VA OIG will continue to vigorously pursue those who would steal from VA benefits programs and taxpayers,” said Special Agent in Charge Greg Billingsley of the Department of Veterans Affairs Office of Inspector General’s Central Field Office. “We thank the U.S. Attorney’s Office and our law enforcement partners for their efforts in this joint investigation.”

The Inspector General offices of the SSA and VA investigated this case. Assistant U.S. Attorney Timothy VerHey prosecuted it.