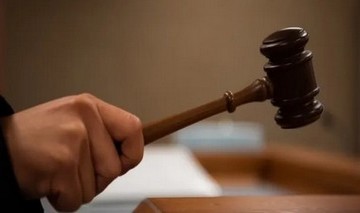 LITTLE ROCK, Ark. (News release)— A doctor and a medical sales representative have been charged in a scheme to pay and receive kickbacks to generate expensive prescriptions for compounded drugs. TRICARE, the military’s health insurer, paid over $12 million for the prescriptions, which the indictment alleges were rubber stamped without examining patients or regard to medical necessity. The 43-count indictment alleges the scheme also encompassed widespread efforts to obstruct the ensuing investigation.

Cody Hiland, U.S. Attorney for the Eastern District of Arkansas, Diane Upchurch, Special Agent in Charge of the FBI Little Rock Field Office, and Latisha Cleveland, Acting Special Agent in Charge of the Dallas Regional Office of the U.S. Department of Health and Human Services, Office of the Inspector General, announced the indictment, which was handed down yesterday by a federal grand jury and included charges for conspiracy, wire fraud, mail fraud, Anti-Kickback violations, aggravated identity theft, money laundering, lying to the FBI, falsifying records, and obstruction of justice.

The indictment alleges that recruiters sought TRICARE beneficiaries to receive the drugs, promising to secure their prescriptions (without any doctor consult) and, at times, offering them money to sign up. Upon receipt of TRICARE beneficiary information from recruiters, the ringleader of the scheme sent pre-filled prescriptions—with drugs to be dispensed, refills authorized, and patient names already listed—to medical professionals who signed without consulting patients or any regard to medical necessity. Prescriptions went to a Mississippi pharmacy, which shipped drugs nationwide and billed TRICARE for reimbursement.

The indictment alleges Clifton, who previously coached high school basketball, began by recruiting three former players who joined the military. Each agreed to receive drugs after being offered money, and one later received $1,200 cash hidden inside a Stetson cowboy hat. Together they received nearly $500,000 in drugs prescribed by May.

According to the indictment, May used a cell phone app to electronically sign batch after batch of pre-filled prescriptions, including signing 8 pre-filled prescriptions within just 3 minutes of receipt, 10 within 5 minutes, and 13 within 13 minutes. In the final days before TRICARE reimbursements were expected to plummet, May rubber stamped more than 50 pre-filled prescriptions for which TRICARE paid $1.2 million. Many of those beneficiaries were recruited during a meeting at a North Little Rock National Guard facility where attendees were each offered $1,000 for receiving drugs.

The indictment alleges the only TRICARE beneficiary May actually treated before prescribing drugs was a 91-year-old widow suffering from dementia whom May noted neither “report[ed] any pain” nor appeared to be in pain. Nevertheless, he prescribed her $40,000 in pain cream off the books, failing to log the drugs in her official hospital chart.

According to the indictment May received cash kickbacks for signing, which participants openly discussed. When the ringleader joked about being hounded for payouts by texting Clifton “Hashtag for the day… [Ringleader], is my check ready? # Lol” Clifton replied “Haha! Meeeee toooo Jay already called asking this morning too…even the rich man[.]” Later, Clifton lamented falling TRICARE reimbursement rates by texting the ringleader “$210 minus half for tax$105 [sic] then dr’s cut then patients cut….. Yikes[.]” According to the indictment May deposited over $15,000 in cash in 2015 (compared to under $500 in 2014), including $10,000 during the same three-month period at the height of the scheme during which time Clifton withdrew over $15,000 in cash.

According the indictment, following a CBS News exposé and complaints of doctors signing prescriptions “on the down low” without seeing patients, recruiters were instructed to relay prescriber names to beneficiaries so beneficiaries could behave as if they “knew and saw their doctor” if they came into contact with the pharmacy.

The indictment alleges the ruse continued once federal agents began to investigate, with May and another prescriber both falsely claiming to have consulted patients before signing prescriptions and both producing phony medical records to make it appear patients had been consulted. Records produced by May related to beneficiaries never examined and cited made-up injuries and surgeries patients never experienced. Similarly, Clifton altered records produced to the Grand Jury to conceal the names of TRICARE beneficiaries who received drugs and withheld hundreds of prescriptions, emails, and other records from the Grand Jury that the FBI would later discover when searching his email account.

“Our healthcare system relies upon the integrity of those who practice in the field. It is our mission to root out those who would prey upon such vulnerability and prosecute them to the fullest extent of the law,” said U.S. Attorney Cody Hiland. “The assembly line alleged in this case of fraudulent prescriptions fueled by kickbacks was especially concerning because it attacked TRICARE, our military’s health insurer. Equally troubling are the allegations of a widespread campaign to throw investigators off the trail by lying to the authorities, falsifying medical records, tampering with evidence, and attempting to hide material from the Grand Jury. While such tactics may prolong an investigation, today’s indictment shows that they ultimately succeed only in bringing ever more serious charges upon the accused.”

“Unscrupulous medical professionals and fraudsters allegedly stole millions of dollars from the TRICARE program which serves our Veterans, military members and their families,” said FBI Special Agent in Charge Diane Upchurch. “In an effort to further pervert the course of justice, the defendants allegedly lied, obstructed justice, and falsified records in order to conceal their crimes. The deliberate targeting of a healthcare program which solely aids our military troops and their families is appalling, and the additional alleged attempts to cover up their criminal actions show the true nature of those indicted today. Alongside our partners at HHS-OIG, we will continue to aggressively investigate fraud within the healthcare industry and we urge anyone with information about suspected healthcare fraud to contact their local FBI Field Office.”

“Fraudulently submitting claims to any federally funded health care benefit program equates to robbing all American taxpayers” said HHS-OIG Acting Special Agent in Charge Latisha Cleveland. “Working closely with our law enforcement partners, our agents are determined to protect our nation’s health care systems. We are committed to ensuring that fraudsters pay for their crimes, especially those that target our military service members and Veterans.”

A vigilant public is indispensable to rooting out fraud, waste, and abuse within the healthcare industry. Please email This email address is being protected from spambots. You need JavaScript enabled to view it. if you or someone you know may have information about the compounded drug scheme targeting TRICARE. Please call 1-800-HHS-TIPS (1-800-447-8477) or the FBI with any other tips on suspected fraud, waste, or abuse within the healthcare industry.

This case is being investigated by the FBI and HHS-OIG, and prosecuted by Assistant United States Attorneys Alexander D. Morgan and Stephanie G. Mazzanti.

An indictment contains only allegations. A defendant is presumed innocent unless and until proven guilty.