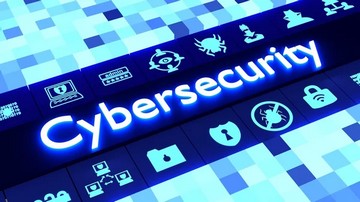 Cybint is trying to address Veteran unemployment through its 3-6 month program that trains novices in all things security.

Cybersecurity education company Cybint is doing its part to address Veteran unemployment -- which stands at 11% right now -- and the cybersecurity talent shortage through a new 3 to 6 month program that trains novices in all things security.

Texas has more than 42,000 open cybersecurity positions, one of the highest rates in the country. Cybint is partnering with universities and colleges like Houston Baptist University to offer the Cybint cybersecurity bootcamp to military and Veteran students.

Roy Zur, Cybint's CEO, told ZDNet he was inspired to start the program by his time in the Israeli military, where he was part of a cybersecurity unit that re-skilled 18-year-old cadets who recently joined the army. Within six months, they were able to train people with no cybersecurity knowledge in a variety of security topics, and Zur eventually brought the method to the US after 10 years in the army.

"I wanted to bring this concept of re-skilling people, those that are very early in their career or are career shifters. Veterans are a big part of this population in the US, and after they finish their career in the military, we want to allow them to switch to other careers," Zur said.

"Some people think that cybersecurity is this mysterious thing that you need years of practice to get into. But eventually, if you simplify it, it's about protecting data from different perspectives and protecting networks."

Zur explained that Cybint's educational programs range from full-time three month courses to six month part-time courses, all of which draw heavily from the National Institute of Standards and Technology's frameworks.

The bootcamp is divided into several pillars covering a variety of topics including protecting and defending, analyzing, investigating, and more.

"It's not necessarily just for Veterans, but Veterans acquired great skills and experience in their military career. They have experience working under pressure and working in different environments. Most of them also have security clearances, which are important in cybersecurity.

"We've also seen there is a significant rate of unemployment among Veterans. The US government, different authorities and the military all want to help solve this problem. So it's kind of like a win-win-win situation for everyone."

Zur's goal is to partner with even more institutions, community colleges, and public universities to offer Cybint's courses and bootcamps to students interested in cybersecurity.

Ariel Julius Lee, a Cybint student and Marine Corps Veteran, said he started the program with little knowledge of the field of cybersecurity but noted that the bootcamp presented each topic for beginners.

He told ZDNet the labs were especially helpful because they gave him an opportunity to apply the concepts covered by the instructors in practice.

"While they have been challenging, they have helped me in reframing my approach to problem-solving. This has been the best aspect of the program thus far because implementing something you learned in practice, first-hand, is the best way to study," Lee said.

"This bootcamp inspired me to pursue a career in the field of cybersecurity and boosted my confidence that I will be able to succeed in it."

Ethan Schellingerhout, another Veteran who took part in the program, said it gave him a hands-on overview of cybersecurity through its labs and bettered his presentation skills through its research projects. It also helped prepare him for CompTIA Security+ exams.

William Welch is a professor of computer information technology systems at Central Texas College, which previously hosted some of Cybint's bootcamps. Many Veterans, he said, separate from the service each week and are more than deserving of a chance to start a fresh career.

"They exhibit grit, strong technical capability, and seek challenging, vital employment opportunities. The Cybint cybersecurity bootcamps are key as they train these capable Veterans to handle and thrive in cybersecurity and technology organizations," Welch said.

Cybint has programs at schools in Illinois, Iowa, Louisiana, and New Hampshire in addition to its Texas locations.