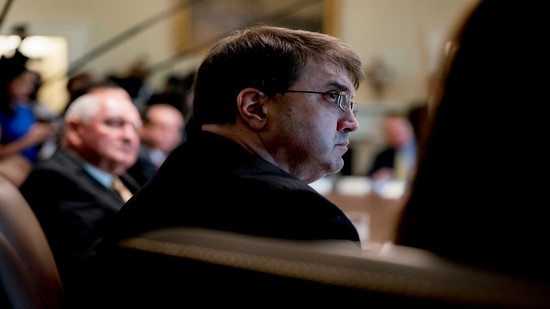 The day President Donald Trump signed a funding bill including a provision ordering VA to announce its plans to add four conditions to the list of Agent Orange-linked diseases within 30 days, VA Secretary Robert Wilkie said the decision wasn’t likely to come until at least “late 2020.”

In a letter to Sen. Jon Tester, D-Mont., dated Dec. 20 and obtained by Military Times, Wilkie said he would not make a decision until the results of two long-awaited studies are submitted to or published in scientific journals.

In March, VA officials told members of Congress that the decision would be announced within 90 days.

Then Wilkie said he was just awaiting the results of the studies — the Vietnam Era Health Retrospective Observational Study, or VE-HEROES, and the Vietnam Era Mortality Study — expected in 2019.

But the requirement that the results be analyzed, peer-reviewed and in the publication pipeline could add months to the process. VE-HEROES results are currently “being analyzed,” while data from the mortality study is “expected to be available for peer review and publication in late 2020,” Wilkie wrote in the letter.

It’s unclear whether VA plans to comply with the new law that requires it to announce its plans on a decision within the 30-day requirement.

For the 83,000 Veterans with one of three conditions under consideration, including bladder cancer, Parkinson’s-like symptoms or hypothyroidism, as well as an unknown number of Vietnam Veterans with high blood pressure, the wait continues.

“Since we first spoke in 2016, I have been diagnosed with bladder cancer … I also have hypothyroidism,” retired Army Sgt. Maj. John Mennitto told Military Times. “My greatest concern for me and my fellow Veterans who have debilitating diseases caused by exposure to Agent Orange is that our family members will be left with nothing.”

Just how many Vietnam Veterans have one or more of the four proposed presumptive conditions is unknown; VA did not have the data readily available by press time.

What is known is that some Veterans will die waiting. While the 10-year survival rate for bladder cancer is high — 77 percent — the mortality rate for in the U.S. bladder cancer is 4.2 deaths per 100,000 people, according to the National Cancer Institute.

“William F. Brown. DECEASED. 10/31/2019. Can a claim be filed since he is now DECEASED?” recently widowed Debra Brown asked in an email to Military Times.

Senate Democrats stepped up pressure on the Trump administration to issue a decision after documents surfaced that showed Office of Management and Budget Director and Acting White House Chief of Staff Mick Mulvaney was personally involved in blocking an announcement of the decision on three of the diseases planned in 2017 by former Veterans Affairs Secretary David Shulkin.

Mulvaney and other OMB officials said VA must provide more “compelling evidence” to prove the link between the proposed diseases and exposure.

Lawmakers, including Senate Minority Leader Chuck Schumer of New York, and Rep. Josh Harder, a California Democrat who previously introduced a House resolution urging President Donald Trump to add the diseases to the presumptive medical conditions list, have said “VA needs to get its act together.”

“We have the science. We have the backing of our Veterans. We even have bipartisan agreement in Congress. It’s time for the VA to catch up,” Harder said.