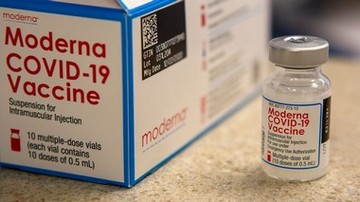 Pfizer recently announced that it is developing a booster dose of its Covid vaccine, with the specific intention of targeting the highly transmissible Delta variant. In a new video on his YouTube channel, pulmonary medicine and critical care specialist Mike Hansen, MD shares his thoughts on this news and breaks down the key facts of how the booster shot will work.

"The initial hope was that with these vaccines we'd reach herd immunity, and the pandemic would go away," he says. "Currently, only 48 percent of the population in the United States is vaccinated. That's nowhere near the threshold we need for herd immunity, which is around 80 percent. The hope was that with herd immunity, we could minimize the possibility of more dangerous variants developing, like the Delta variant. But now we are reaching the point where there's more and more variants popping up in people who aren't vaccinated. And because too many people are not vaccinated, we’re now facing the likelihood that these vaccines will not remain effective against these new variants."

This is where the booster shots come in. Researchers at Pfizer believe that a third dose, administered 6 to 12 months after the second dose, will have benefits in protecting individuals against older strains of the virus, as well as new ones like the Delta, Epsilon and Lambda variants. They report that this booster dose produces between 5 and 10 times as many neutralizing antibodies compared to the first 2 shots of the vaccine.

He adds, however, that the medical community is currently waiting to see the results of these tests verified and published in a peer-reviewed journal, and that the FDA's Emergency Use Authorization is only a first step in approving this third booster shot.