Moderna vaccine creates twice as many antibodies as Pfizer: research 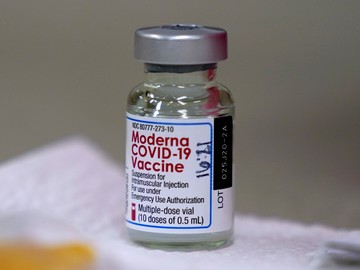 A study into the immune responses of the two mRNA COVID-19 vaccines found that Moderna’s vaccine created twice as many antibodies as the Pfizer-BioNTech vaccine.

Researchers analyzed the antibody levels of Belgium health care workers after they received both doses of the vaccines, including 688 vaccinated with Moderna and 959 who received the Pfizer shots, in the study published in the Journal of the American Medical Association on Monday.

The antibody levels in those who received Moderna were higher in infected, uninfected and across age categories, according to the study.

The researchers said the difference in antibody levels could potentially be attributed to the higher mRNA content within the Moderna vaccine and the longer interval between the initial and second shots. The second vaccine of Moderna is given four weeks after the first shot, while the Pfizer vaccine is administered three weeks following the initial shot.

The antibody testing was conducted before vaccination and six to 10 weeks after the second dose. The study found the levels to be negatively correlated with age in those who hadn’t been previously infected, with the highest antibody levels among those younger than 35.

This research follows a preprint study released ahead of peer review earlier this month that suggested that the Moderna vaccine’s effectiveness dropped to 76 percent and the Pfizer shot’s effectiveness fell to 42 percent in July when the delta variant had taken hold in the U.S.

That preliminary study from the Mayo Clinic emphasized that both vaccines still are highly protective against infection and serious illness. The research was also accompanied by a notice that the early findings “should not be used to guide clinical practice.”