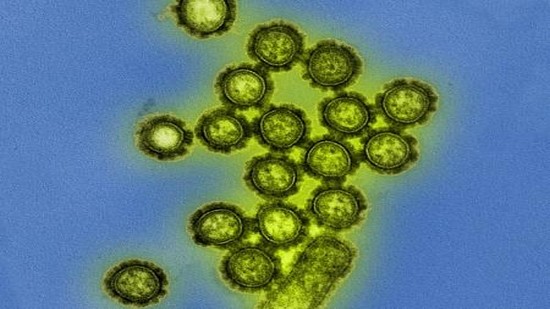 An experimental vaccine designed to protect against many flu virus strains has yielded promising results in an efficacy trial. NIAID investigator Matthew J. Memoli, M.D., designed and led the trial, which involved administering one or two doses of the experimental vaccine or a placebo injection to healthy adults. All the volunteers were later exposed to a strain of seasonal influenza virus under carefully controlled conditions. The aim was to determine whether the experimental vaccine, FLU-v, lessened the chance that a volunteer would develop flu symptoms and viral shedding. Trial results were published March 13 in the journal npj Vaccines.

FLU-v is an example of a “universal” influenza vaccine candidate, a still-experimental vaccine that may provide long-lasting protection against most or all flu strains. Traditional seasonal flu vaccines trigger production of antibodies aimed at a part of a flu virus surface protein that varies widely from strain to strain and that changes continuously. Therefore, flu vaccines must be re-formulated and administered annually to match newly arising strains. In contrast, FLU-v is designed to prompt a response not by antibodies, but by a separate arm of the immune system—cellular immunity. Cellular immune responses include activity by white blood cells called cytotoxic T lymphocytes (CTLs). Recent research has shown that influenza-specific CTLs can seek out and remove virus-infected cells before and after flu symptoms arise. The FLU-v vaccine is designed to stimulate production of these flu-specific CTLs by targeting several proteins inside the virus that do not vary much from strain to strain, meaning that CTL responses against them may be effective against many virus strains. FLU-v is being developed by the London-based company PepTcell (SEEK).

In the recent trial, participants were randomly assigned to one of three groups and given two injections spaced 21 days apart. One group received two doses of FLU-v; a second group received one dose of FLU-v and one saline placebo; the third group receive two injections of placebo. The trial was blinded, meaning neither the volunteers nor any trial investigators were aware of group assignment. All volunteers were exposed via a nasal spray to live influenza virus either 43 or 22 days after the second injection. The flu challenge portion of this trial took place at Hvivo, London, UK.

Volunteers who received one or two doses of FLU-v were significantly less likely to develop mild to moderate influenza disease (MMID) than placebo recipients. In the placebo group; 23 of 42 volunteers (54.8%) experienced MMID, defined as virus shedding and clinical influenza symptoms, while 15 out of 41 (36.6%) volunteers in the two FLU-v doses group and 13 out of 40 (32.5 %) of those who received one dose of FLU-v experienced MMID. Dr. Memoli stated that the results of this study “suggest that cellular immunity may be a very important and necessary component of future broadly protective universal influenza vaccines.”

Dr. Memoli and his colleagues in NIAID’s Laboratory of Infectious Diseases developed both the challenge virus strain and model of human influenza challenge used in this trial. Previous human influenza challenge trials conducted in the NIH Clinical Center’s Special Clinical Studies Unit by Dr. Memoli demonstrated that the challenge virus reliably causes MMID in most recipients. In this video tour, Dr. Memoli shows special features of the unit where these trials were conducted.