Amid COVID-19, seasonal influenza still a threat to force readiness 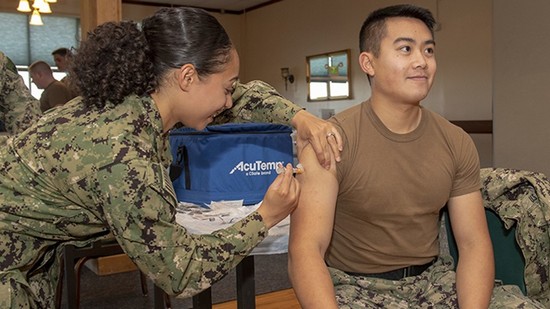 The COVID-19 pandemic has emerged as the most significant public health emergency in this century. As individuals around the globe race for treatment options and take preventive measures against COVID-19, those living in the Southern Hemisphere are also preparing for another virus – seasonal influenza. The flu typically takes hold from April through September in the Southern Hemisphere and impacts service members and their beneficiaries on military orders in places south of the equator, such as New Zealand, Australia, southern parts of Africa and South America as well as Indonesia.

Once the FDA approved a Southern Hemisphere influenza vaccine, the combatant commands quickly engaged with the Office of Assistant Secretary of Defense for Health Affairs’ Health Readiness Policy and Oversight and Defense Health Agency to get access for their personnel.

“The vaccination will be made available at designated medical treatment facilities in May 2020,” according to Tara Reavey, chief of policy and program management for DHA's Immunization Healthcare Division.

“Obviously if we don't have the right virus strains in the vaccine, people are not going to get protection against those strains,” said Montgomery. “Over the years, a substantial number of influenza-like illnesses have occurred among service members and other DoD personnel participating in multinational exercises, such as in Australia, every year,” he said, adding that a vaccine targeting Southern Hemisphere influenza should result in a decrease of influenza-like illnesses there.

The DHA-IPM states that individuals may receive vaccines for both the Northern Hemisphere flu and the Southern Hemisphere flu in a year span, but the immunizations will need to be given at least 28 days apart. Service members will not need to receive a flu vaccine for either hemisphere when traveling to the area during an offseason and if in the region for less than 14 days.