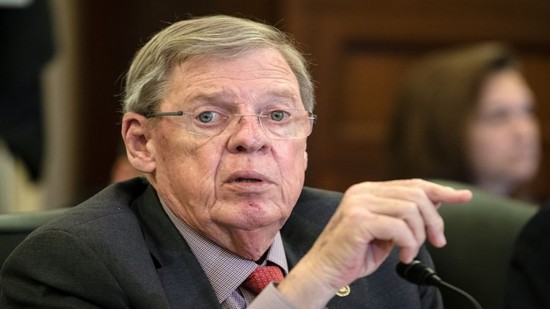 Sen. Johnny Isakson, R-Ga., is demanding answers from the Department of Veterans Affairs after a Vietnam War Veteran was reportedly found last week covered in ants and ant bites before he died at a Georgia VA nursing home.

Joel Marrable, who served in the Air Force, had more than 100 ant bites when his daughter visited him at the Eagle's Nest Community Living Center in Decatur, the Atlanta Journal-Constitution reported. Laquna Ross said her father died shortly after being bitten in two incidents while battling cancer.

"I am shocked, horrified and downright maddened by the news that a Veteran under the care of the VA was treated so poorly and without any regard for his wellbeing,” Isakson, the chairman of the Senate Committee on Veterans’ Affairs, said in a strongly-worded statement. “This patient, at the end of his life, was clearly not being monitored closely enough, and I am so sad for his family who had to discover his insect-infested conditions before anything was reportedly done.

Ross said she found ants all over Marrable's room, including the ceiling, walls and beds, during a visit, WSB-TV reported. She said her father was covered in swollen red bumps and both his hands were covered in bites.

She told the news station the room was cleaned and her father was bathed, but the ants came back the next day. Marrable was moved to another room, where he later died.

“He served his country in the Air Force, and I think that he deserved better,” Ross told the outlet.

The VA apologized for the conditions and the staff's actions, the station said. The agency said the nursing home was cleaned and inspected for ants.

The VA did not immediately respond to a Fox News request for comment.

"I've also spoken with the Veteran's daughter and offered to help in any way I can to ensure that her family is taken care of and that those who allowed these conditions to persists to be held accountable to the fullest extent."