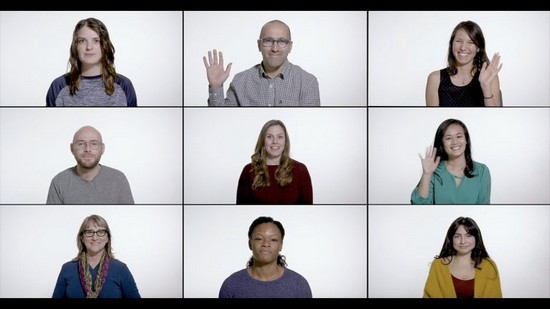 Like many worthy causes, the After Action Network (AAN) was borne from adversity.

AAN is one of many Veteran-led organizations serving the Veteran community. Founded in Kansas City, Missouri, in 2017 by Marine Veteran Joe (Joey) Williams, AAN is a comprehensive, data-driven, resource, referral network that also serves as the local Community Veterans Engagement Board (CVEB).

Williams served honorably for seven years in the Marine Corps, including multiple overseas tours, but his career was cut short after numerous leg injuries. No longer serving alongside his fellow Marines was a devastating blow, not just physically and emotionally, but also his sense of morality. Williams openly recalls struggling “to cope, and became addicted to painkillers, leading to clinical depression, aggressive suicidal tendencies, and a disconnect from myself: who I was and where I was going in life.”

After several attempts with traditional mental health treatment, he was able to find a new purpose and a new path to continue serving his brothers and sisters.

“I just fell in love with art, and that saved me,” he said.

Williams poured himself into his artwork, becoming his own most effective method of therapy. He earned a degree from the Kansas City Art Institute, and launched his initial nonprofit Operation Art, which helps Veterans connect with – and enroll in – high quality art institutions.

Always a Marine seeking the next mission, Williams grew AAN out of the roots of Operation Art in 2017 to expand easy and effective service referral to the community.

Williams remembered his own out processing in 2011, and how he was overwhelmed by the TAP briefings.

“It was 10 hours of drinking from the firehose and I just wanted to get out,” he said.

Overwhelmed is a common feeling when transitioning from service member to Veteran. Many factors can contribute to this feeling, with the overwhelming and dispersed amount of resources, services, and benefits available throughout their journey.

Veterans and Military Families have a deluge of available resources at the federal, state and local levels, as well as an abundance of nonprofit and for-profit programs aimed at supporting them. Undoubtedly, Veterans and their families benefit from this support system. However, the lack of integration throughout the public and private sector can lead to feeling like “drinking from the firehose.”

This is where AAN stepped up and stepped in.

“That’s why we started After Action Network,” Williams said. “To coordinate the overwhelming amount of community resources. Our platform customizes a portfolio with catered resources for each Veteran.” AAN’s platform serves as “a one-stop shop network of networks, focusing on social services” for not only their community, but communities across the country.

AAN has developed multiple programs in addition to Operation Art, including career development and entrepreneurial advancement. Supported by Aunt Bertha, a social care network through AAN’s After Action Database, Veterans and their families can find “everything from job placement services to utility assistance, food pantries, child care, and much more!”

Working directly with “VA social workers, instead of a Veteran traveling ten miles and taking two buses to get to the VA, they can refer to AAN and possibly find the services needed right down the block,” Williams said.

“We have a lot of goals,” Williams said. “[Such as] help[ing] implement the AAN database systems to other VSOs… build[ing] common-bonding activities between Veterans and civilians, and getting Veterans to engage with their community more and not self-isolate.”

AAN’s data-driven approach to community resource integration is one of many examples of community leadership among our nation’s Veterans, families, caregivers, and survivors.

0 #1 Audrea 2020-08-21 03:07
This information is invaluable. When can I find out more?
Report to administrator
Refresh comments list
RSS feed for comments to this post