Veterans should be counted in census 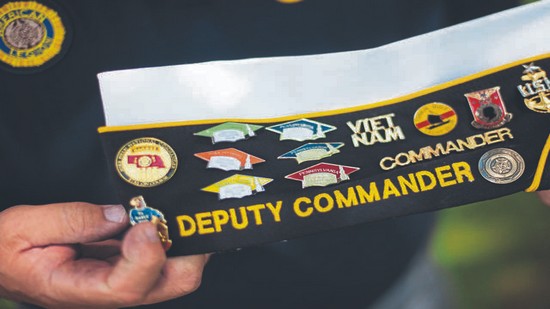 “The term ‘Veteran’ means a person who served in the active military, naval, or air service, and who was discharged or released therefrom under conditions other than dishonorable.”

That is the definition under Title 38 United States Code, according to the Social Security Administration.

So why is it always so hard to do what needs to be done for them?

Veterans are consistently the easiest group to forget about when it comes to fulfilling commitments and making good on promises. The massive backlog of cases at the Veterans Administration show that. So does the fact that about 11% of the adult homeless are Veterans, something that could be tied to the VA falling down on services — especially mental health.

Our Veterans should be the easiest group in the country to count up, because the government should be keeping track of them to continue to serve them the way they served us all. But somehow that doesn’t happen.

The most recent example comes with the 2020 U.S. Census.

The census form asks for information about households and individuals, including very detailed racial identifiers. It’s not good enough to just ask if someone has Asian ancestry. The form wants to know if they are Korean or Chinese or one of eight other categories — two of which ask respondents to fill in additional data.

The census form has lines for relationship between members of the house, age, whether that person might have another address like a college dorm or a prison cell or a military assignment.

It never asks about Veteran status, as a story in Sunday’s Trib described. It should. It would be one box. Are you a Veteran? Check yes or no.

The census is how we apportion more than legislative seats in Harrisburg and Washington. It’s how we decide where the money and the attention goes, and that is why we need more information about our Veterans.

The VA might have records of the 18 million or so Veterans in the U.S., and they might have addresses for those that have homes, but that doesn’t mean the government has a complete picture of the role of — or needs of — Veterans in our communities. The census could help with that.

“When it comes time for our elected officials to portion funding, it behooves them to know where these people are getting resources to live,” said Ben Stahl, CEO of the Veterans Leadership Program.

That is true. If nothing else, a correct census could help better decide where the VA could locate services to better get them to the Veterans who need them. Not all Veterans have the same needs. A Gulf War Veteran might want help with home loans while a Veteran who served in Afghanistan wants to go to school and a Vietnam Vet is struggling with complications from Agent Orange exposure 50 years ago.

We counted on them to do things — sometimes awesome and sometimes horrible — that needed to be done. Now it’s our turn to at least count them.