An update on contract talks between VA, AFGE 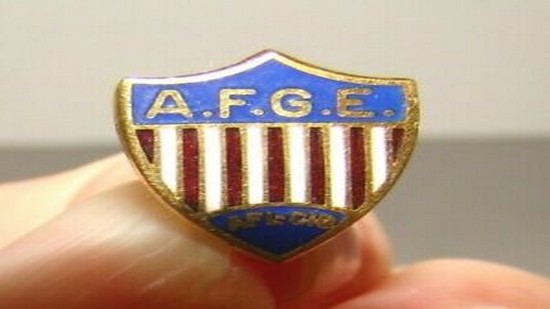 The Department of Veterans Affairs and its largest employee union are stuck in a standoff. The American Federation of Government Employees represent more than a quarter million VA employees. Now AFGE has filed a rebuttal to what it calls unlawful and contradictory proposals for a new contract. Joining Federal Drive with Tom Temin with the union’s thinking, supervisory attorney Ibidun Roberts.

Tom Temin: Mrs. Roberts, good to have you on.

Ibidun Roberts: Good to be on Tom.

Tom Temin: Give us a sense of where in the process this whole contract stands with respect to the schedule and the expiration of the existing agreement.

Ibidun Roberts: Well, so the current agreement is what we call rolled over once the VA opened it, our language in the contract says the provisions go on until we reach a new agreement. So that’s where we are with the current agreement, it’s going on until we reach a new one. So we bargained with the VA for abput six months, and the VA requested the services of the Federal Service Impasses Panel, which is the federal government’s agency to break impasses. Since we government employees cannot strike, someone has to break the impasse, and that’s what this agency does. VA requested their assistance. They required us to defend our proposals in a statement of position that was due June 3. And then we had a chance to submit rebuttals to each other’s arguments, and that was just due July 5. So currently, the panel has the whole dispute. — so we’re just waiting for a decision from them.

Tom Temin: Alright, and before we get into some of those details, I mentioned about a quarter of a million, I think it’s 270,000 employees in AFGE’s National VA Council. Is there one agreement for everybody in the council?

Ibidun Roberts: That’s correct. It’s the master agreement, locals get to bargain certain provisions locally. But this is for the general concepts that we agree on nationally.

Tom Temin: Usually one of the issues is how long the agreement will be in place. Is that something that you disagree over?

Ibidun Roberts: Oh yes. So the VA is looking for a ten year agreement. We are looking for the traditional three year agreement. There are many reasons for that. One of them is that other unions can challenge our certification after three years, but also changes happen. And when those changes happen, we want to be able to open up the agreements and incorporate those changes. And that’s specifically true for the VA that had a number of changes. For example, the Accountability Act is one major change that happened that we will want to incorporate into the agreement. Another are President Trump’s executive orders, if we had a ten year agreement in place, we wouldn’t be able to bargain incorporating changes, like the ones I just mentioned. Shorter duration is better than a 10 year duration.

Tom Temin: Let’s talk about the Accountability Act. How does that affect what happens in the labor relations area and what would you like to see happen because of it in the contract?

Ibidun Roberts: So what we’re looking for in the contract are really the procedures, right? We can’t bargain the law itself. Congress determined that that law was appropriate, so we can only do the procedure. So for example, the law shortened the timelines for taking action against employees to fifteen days. So once the VA gives an employee, the proposal for say, removal, they have seven days to respond to that proposal. And then within fifteen days, so eight days after they respond, the VA has to give a decision. So that really reduces the amount of time that the union can seek evidence to help this employee and actually do the reply. So meet with the employee, gather evidence and formulate a reply. It really truncates that. And when you add to that the union is also not at the facility now, I’m sure we’re going to get to that, it makes it a lot more difficult to meet with an employee to respond to a removal, a major upheaval of their life. So that’s what we want to see in the agreement. We want to see those procedures allowing employees to meet with the union, giving them time to do so, allowing the employee to participate in when that meeting is scheduled for the reply instead of management determining their own date, which could be the next day or two days later, when the employee might not have had a chance to formulate their reply yet. So we’d like to have formal procedures in the agreement.

Tom Temin: VA is simply saying at the discretion of management in effect in their proposal?

Tom Temin: And the Trump administration executive orders cover a lot of territory, and what in response to those can you reasonably expect, would you like to see in an agreement, with respect to official time and all of the other provisions?

Ibidun Roberts: Sure, and we just talked about some of it, Tom, but the official time even with the executive orders, and obviously we don’t agree to the legality of it, the law requires that the VA and the union agree on how much in the scope of official time that there will be. We don’t think it can be unilaterally determined. But even with that, the VA has so many factors that requires the union to have more than one hour per bargaining unit employee. Again, we just mentioned the Accountability Act, no other agency is dealing with that same law. So this union can’t be treated the same as others when we are faced with this unique law that truncates the time for these serious actions, again it includes removals. Also, under Secretary Shulkin, he limited the amount of settlements that could come out of these actions. If a settlement was going to require more than $5,000, it had to go through higher levels of approval. And what we’ve seen is that the VA is not as open to settling cases now. So more cases are going forward, which means that takes more of our time. So we have some unique factors that would require us to have more official time than some of the other unions would, some of the other non-VA unions would. And I think history shows we’re not seeking more time than we need. Our current contract gives us 4.25 hours per bargaining unit employee, OPM report shows we use about 3.7. So we’re not doing a grab here for time we’re using what we need, and the VA’s factors — Accountability Act, not settling cases — actually requires that we need more time instead of less.

Tom Temin: Besides the issue of time. I guess that’s related to the issue of space, time and space, that is the offices that the union no longer has in VA facilities — and how does that affect things and what is it you’re bargaining for to get back in?

Ibidun Roberts: Yeah, we’re bargaining to get back in, we don’t think the VA’s eviction of the union was legal. Again, even under the executive order, it wasn’t legal. So the executive order itself says not to provide unions with free or discounted space if it’s not generally available for non federal organizations, and here at the VA, it is. VA allows non federal organizations the use of free space. We gave several examples of them in our rebuttal, l like the nurses organization of the VA and the senior executive administration at the VA, they all get free space. So even under the executive orders, there should not have been a change to our space. And we have really felt the consequences of removing us from the facilities, employees do not have access to the union. And now during the pandemic, it’s even worse, employees have been looking for the unions to find out their rights, to find out how they can file complaints with OSHA, to find out what leave is available to them, because we just had laws passed, like the FFCRA, that employees didn’t know how it applied to them and the union was not present to be able to talk to them. Then the VA has gone even more extreme than the executive order and prevented the union from even using email from the VA. So that again limits how employees can contact the union when we can’t even use the government email to reach out to employees. So we don’t think any of that is legal, and in the contract we’re trying to get that back.

Tom Temin: So a lot of issues. And now as you mentioned, they’re in front of the impasses panel. That panel has not exactly been sympathetic to federal employee unions, as we’ve seen I think in the case of Social Security. So what happens if they say, VAs got it you guys are out of luck, will you proceed to save a court filing beyond that?

Tom Temin: And ULP stands for?

Ibidun Roberts: An unfair labor practice. So we would have to commit an unfair labor practice and get the VA to file a charge against us with the Federal Labor Relations Authority. Now we don’t know that they would do that. We certainly are not happy about committing an unfair labor practice. We don’t want to go that route. But we do currently have a lawsuit pending in court challenging the impasses panel’s constitution, how the members were appointed. It’s not the same as challenging what their eventual decision would be, but we are hoping that we’ll get some relief there to get someone more neutral on the panel to counter their not being as friendly to humans these days.

Tom Temin: Do you have any expectation as to when the impasses panel will drop its decision?

Tom Temin: Ibidun Roberts is a supervisory attorney at the American Federation of Government Employees. Thanks so much for joining me.