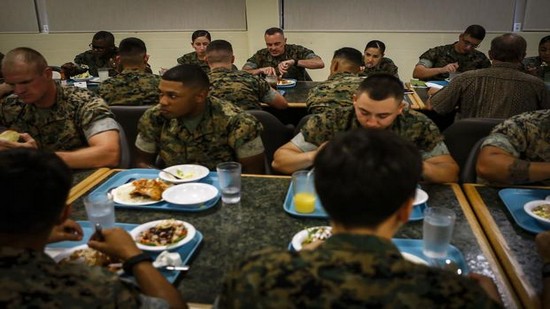 Congress wants the Pentagon to provide service members and Tricare dependents broader access to treatment for eating disorders -- a behavioral health issue legislators say is a "significant problem in society, as well as in military beneficiaries."

The House and Senate versions of the fiscal 2021 National Defense Authorization Act both contain measures that would encourage -- but not require -- the Defense Department to cover residential treatment centers under Tricare for adults with eating disorders and train leaders to recognize the signs of such behaviors.

The House bill would require the Pentagon to report to Congress on the feasibility of including residential treatment facilities in coverage, as well as the cost, while the Senate bill encourages the DoD to ensure that all resources and facilities are available to treat beneficiaries regardless of age.

The existence of the measures in both versions of the bill greatly increases the likelihood that the final bill -- expected to be developed in the fall -- will include a portion on eating disorder treatment.

The proposed legislation still falls short of two bills introduced last year in the House and Senate that would have required the DoD to cover eating disorder residential treatment.

The Supporting Eating Disorders Recovery Through Vital Expansion, or SERVE, bills, introduced by Sens. Jeanne Shaheen, D-N.H., and Martha McSally, R-Ariz., in the Senate and Reps. Brian Mast, R-Fla., and Seth Moulton, D-Mass., in the House, would have required the DoD to train military leaders to recognize the signs of eating disorders.

They also would have required Tricare to cover inpatient or residential services, partial hospitalization, and intensive outpatient or outpatient services at certified facilities regardless of age.

According to a report released last week by the Government Accountability Office, the DoD usually outsources treatment for eating disorders among military personnel and family members because the therapies are highly specialized and the Pentagon does not have the staffing needed to focus "exclusively on eating disorders."

Diagnoses of eating disorders are rare among active-duty personnel, although the conditions are among the most common behavioral health disorders hidden by patients.

Between 2013 and 2017, 1,788 active-duty troops were diagnosed with an eating disorder, according to the Armed Forces Health Surveillance Branch.

The rate among military women was 11 times that among men. At highest risk for developing eating disorders were white women ages 20 to 24, according to the branch's June 2018 Medical Surveillance Monthly Report.

The Pentagon relies on its Tricare network to provide care. According to the GAO, Tricare's two contractors work with 166 eating disorder facilities, 40 in the West Region and 126 in the East.

The requirement that residential treatment centers are covered for only those under 21 largely excludes active-duty personnel from receiving treatment at residential stand-alone facilities.

The Eating Disorders Coalition, a group of associations, facilities and family members who advocate for eating disorder research, education and legislation, say, however, that military members and their families have higher prevalence rates of eating disorders than the civilian population -- an estimated 7% to 8% of all troops.

According to the GAO, the Defense Health Agency did not receive any complaints about access to eating disorder treatment or therapy from 2018 to 2019.

For years, family members have thought that Tricare did not cover treatment of freestanding eating disorders as "they don't meet the requirements to be Tricare-authorized providers." But according to the GAO, this statement -- posted on the GAO's website until March 2020 -- was erroneous.

"Tricare can cover services delivered in certified freestanding clinics unless they fail to meet the certification requirements for institutional providers," GAO analysts wrote.