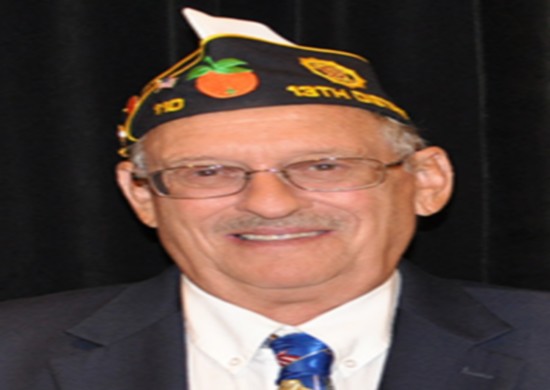 Honoring a man who served his country, Veterans in Charlotte County said goodbye to one of their own this weekend.

Weinberg served in the U.S. Marine Corps during the Vietnam War. He is also former post commander of American Legion post 110 in Port Charlotte, as well as a past district commander for district 13.

“Chuck’s been here a lot of years, and his impact was pretty clear as far as the brotherhood went and the legion went,” said Michael Schwartz, the current commander of American Legion post 110. “He reached out and touched a lot of people all over our area.”

Schwartz says the legion honors those who sacrificed their lives, no matter what.

“We do come and honor our comrades when they fall,” Schwartz said. “Whether they are here or abroad, we always do something.”

Even during these uncertain times, Weinberg’s community paid their respects through a drive-by parade. One by one, people gathered in front of Weinberg’s home.

Haber said it was more than anything she could ask for during this time.

“It was a moment of love at a time to have something like this happen and not be able to hug your friends or reach out to your friends,” Haber said. “Let’s just say it’s all, you know, the love was there, the whole thing. It was just amazing.”

Haber also said the turnout was a great example of how community can reign supreme.

“It shows you that we still are a family, and we still have to love, and we’re still going to pursue,” Haber said.