Patrick Air Force Base gets Space Force designation, which could lead to name change 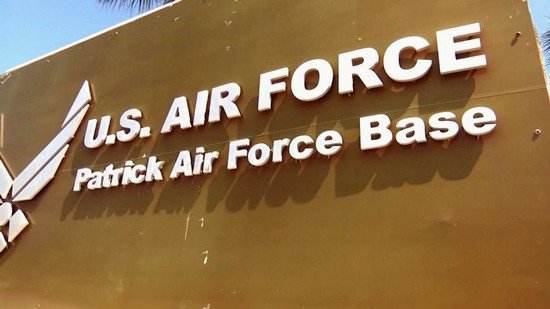 PATRICK AIR FORCE BASE, Fla. - A Central Florida Air Force Base will be a part of the newly created U.S. Space Force.

The Space Force was created Friday when President Donald Trump signed the National Defense Authorization Act into law. It’s the first new service since the U.S. Air Force came into being in 1947.

Raymond said that the 16,000 active duty airmen and civilians currently in the Air Force Space Command will be assigned to the new United States Space Force, though officials made clear those personnel will not actually become members of the Space Force and will remain in the Air Force for the time being.

During a question and answer session with reporters on Friday, Raymond was asked which existing bases will house space units.

Reporter: Do you have any plans to maybe rename some of the Air Force bases that are currently space-focused?

Raymond: We do have a plan to rename the -- the principal Air Force bases that -- that house space units to be space bases. That will occur in -- in the months ahead and we'll plan that appropriately.

Reporter: So they'll be called, like, Patrick Space Base now?

Raymond: Could be. We'll work it out. Okay.

Leaders of the 45th Space Wing of Patrick Air Force Base and Cape Canaveral Air Force Station, who are now part of this change, shared comments in a Facebook video.

"Effective immediately, consider yourselves airmen assigned to the United States Space Force. Now that might create some questions and trust me, we also have some questions, No matter what, we’re always Sharks,” Chief MSgt. Scott J. King, Command Chief of the 45thSpace Wing said.

"I can tell you, the 45th space wing will continue to do its mission of assured access to space," 45th Space Wing Commander, Brig. Gen. Douglas A. Schiess said.

Dale Ketcham, a VP for Space Florida, says for what is at stake, the move for Patrick Airforce Base to be a part of the Space Force is an important and essential one.

"We rely as a country and our economy and our national security, more on space assets than any other country and our adversaries are aware of that, if they take out our satellites --- You've blinded the United States," Ketcham said.

"It will become Patrick Space Force Base and Cape Canaveral Space Force Station, assuming they don't change those names. I don't think it would be a huge change because both Patrick and Cape Canaveral Air Force Station, the missions that they serve now won't change dramatically. I think the creation of space force is a recognition of the fact that what they do is that important and eventually we'll get new uniforms and some other cosmetic things," Ketcham said.

Ketcham says ultimately this will lay the foundation and preparation for what the future could hold when it comes to conflicts involving space.

“It’s not likely that we’re going to see soldiers and airmen and spacemen in space fighting, hostilities at least not for quite some time. This will be there first iteration I would imagine where it will be, if there are actual hostilities up there, it’ll be entirely robotic, autonomous satellites, throwing stuff at one another and shooting. Right now, it’s more conceptual, somebody may be able to pull of something up there, we don’t know yet, we may be able to do it and they’re not telling us…but the plan is to prepare for that,” Ketcham said.

So far, the plan for the new space force is to have about 16,000 Air Force active duty and civilian personnel.

The creation of the US Space force, the 6th branch of the military, was part of the signing of a $738 billion-dollar defense bill.