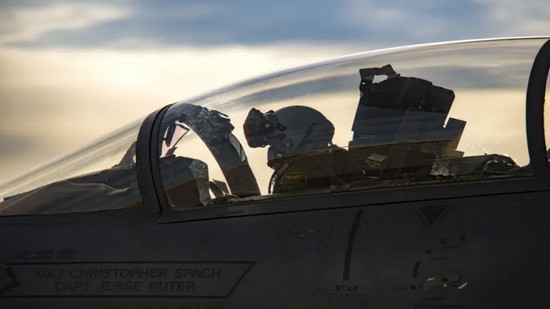 WASHINGTON — The Air Force has finalized the terms of a groundbreaking study sought by former fighter pilots to determine whether military aviators are more likely to be diagnosed with cancer.

For more than a year, retired Air Force fighter pilots have pressed the service to look at the number of aviators who have either died from, or are fighting various types of cancers, and to look for potential causes.

The Air Force late last year announced it would conduct a first-of-its-kind study of all cancers among its former pilots, a review that may be replicated by the Navy for its aviators depending on what the results reveal.

McClatchy obtained details on how this study would differ from earlier, more limited reviews of military aviator cancers that former fighter pilots have said missed the mark, because those studies did not include Veterans.

“It’s important to all of us that we get the ground truth on just what’s going on,” Air Force Chief of Staff Gen. David Goldfein said about the status of the study at a Pentagon briefing this week.

Goldfein said the coronavirus pandemic had not changed the deadline for completing the study, which is expected to be released next year.

In the newly released details, the Air Force said it had finalized the design for the study and was committed to reviewing all of its pilots dating back to 1970, which would capture medical histories of pilots who flew earlier versions of military jets that carried more powerful radars in the cockpits.

Some of the pilots have suspected that cockpit radiation generated by those radars may be linked to their cancers.

The study will also compare former pilots’ cancer rates to cancer rates among the general population. Previous military cancer studies had focused on internal comparisons between active duty personnel, such as comparing active duty ground crew to active duty pilots, and had not found higher rates.

Former fighter pilots have told McClatchy that focusing on active duty pilots has missed the mark, and did not capture cancers that surfaced after they left the military.

An investigation by McClatchy last year found that since fiscal year 2000, the rate of treatment for Air Force prostate cancers at Veterans Affairs health care facilities had increased 44% and urinary cancer treatment rates, to include kidney, bladder and ureter cancers, had increased 80 percent.

During last fall, a small group of former Air Force aviators from the Red River Valley Fighter Pilots Association, which represents about 3,700 Veterans who flew all types of aircraft, worked behind the scenes with the Air Force surgeon general, Lt. Gen. Dorothy Hogg, to persuade the service to look deeper into the issue.

“She listened to our concerns and acted on them,” said retired F-15C pilot Col. John Reed. “We are exceptionally grateful for this effort spearheaded by Lt. Gen. Hogg and her staff of experts, and anxiously await their findings.”

“The expansion of data used may allow for inclusion of cases not seen within the Military Health System and will not require case confirmation associated with lengthy and possibly confounding medical records review,” the Air Force said in a statement.