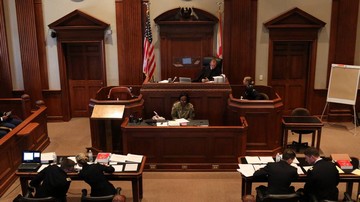 Veterans groups are urging lawmakers not to drop provisions in the annual defense authorization bill to overhaul how military sexual misconduct cases are prosecuted amid worries that congressional leaders are already backing away from the idea.

“The scourge of sexual assault in the military is a serious concern and demands a real solution, not a watered-down provision slipped in the final bill behind closed doors,” a coalition of leading advocates wrote to House and Senate leaders on Tuesday. “Retaining the [reforms] will ensure that the will of this strong majority of both houses of Congress is respected.”

At issue is the controversial Military Justice Improvement Act, provisions of which were already approved by the full House membership and the Senate Armed Services Committee earlier this year.

The proposal — championed by Sen. Kirsten Gillibrand, D-N.Y. — would move felony crimes out of the traditional military chain of command and into a new specially trained group of military prosecutors.

Proponents have argued that military leaders for years have failed to adequately handle sexual assault and abuse cases under the current system, and that removing all felony cases from their purview is the only way to ensure they are dealt with fairly and professionally.

Military leaders for years resisted the idea. But earlier this year, Defense Secretary Lloyd Austin announced a reversal of that stance, supporting changes to create a separate legal track for only the sexual misconduct cases.

Lawmakers were expected to settle the issue in this year’s annual defense authorization legislation.

But the Senate still has yet to pass its draft of the measure, meaning debate over many topics in the sweeping policy bill may be cut short or cut off entirely as chamber leaders scramble to write a compromise measure in the next few weeks.

The coalition of Veterans groups urged lawmakers not to abandon the needed prosecutorial reforms in that condensed debate process.

“According to VA, approximately 1 in 3 women Veterans and 1 in 50 male Veterans experienced military sexual trauma while serving their country,” their letter states. “DoD has given this issue a great deal of attention over the past few years but has failed to find the right solution as numbers continue to rise each year.

“Over the years, this legislation has continued to receive an increasing amount of support from legislators and Veteran service organizations, coming to an all-time high this Congress. It would be disrespectful to all those that have experienced the injustice not include [it] within the NDAA.”

The defense authorization bill has passed out of Congress for each of the last 60 consecutive years.