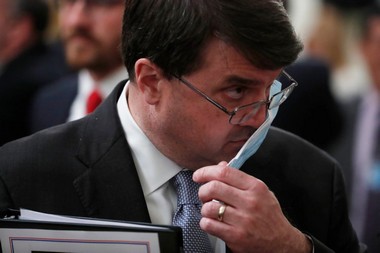 Faced with controversy and watchdog concerns about sexual harassment and misconduct within Veterans Affairs facilities, department officials are looking for volunteers for a new working group tasked with finding solutions how those cases are handled and how to prevent them in the first place.

The panel, mandated by Congress as part of comprehensive VA reform legislation passed last year, comes as new department leaders have promised to address the issue, after a series of high-profile incidents suggested systemic problems with how officials handle sexual misconduct claims.

A VA survey from 2018 found that one in four women Veterans reported experiencing harassment from other Veterans during visits to department health care facilities. A separate survey of federal workers found that nearly the same percentage have experienced workplace sexual harassment within VA offices.

A Government Accountability Office review last summer found that VA leaders do not have a reliable process for collecting or reviewing those complaints, undermining their promises to address the issue.

And last December, former VA Secretary Robert Wilkie drew widespread condemnation after an inspector general report criticized him for an “unprofessional” response to a September 2019 sexual assault report filed by a Hill staffer, who said she was physically abused during a visit to the Washington, D.C. VA Medical Center.

Wilkie had promised an independent investigation into the incident, but investigators said he instead spearheaded an internal campaign to discredit the woman, believing her allegations to be a political stunt.

His successor, current VA Secretary Denis McDonough, has promised a “zero-tolerance” policy on the issue.

“Every VA patient, their families and caregivers, as well as sexual assault survivors, staff, visitors and advocates should feel safe in all VA facilities,” he said in a statement Thursday.

“All VA entities must be free of gender-based harassment. Forming the Sexual Assault/Sexual Harassment Working Group is a critical step in making sure that happens.”

The new working group is designed to be a step towards fulfilling that goal. Officials said they are looking for individuals “who have diverse professional and personal qualifications who are motivated to advance VA’s leadership on issues of sexual harassment and assault prevention and survivor care and support.”

All nominations are due by June 7. The working group will serve for one year and does not include any payment or benefits.

More information on the panel is available on the Federal Register.