'Our Agent Orange': Veterans who served at toxic Uzbekistan base want help from Congress 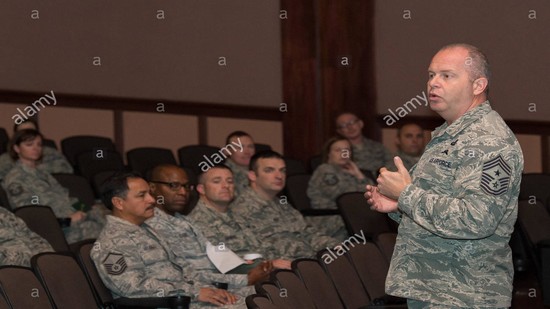 As he flew on the first special operations aircraft to Afghanistan on Oct. 19, 2001, Air Force Master Sgt. PJ Widener knew that hunting down the terrorists responsible for 9/11 would involve risk.

He did not know the greatest risk he faced could be from radiologic and toxic chemical exposure at his Department of Defense air base in Karshi-Khanabad, Uzbekistan.

“I’ve been to 124 countries, and I’ve never really smelled someplace where when I stepped off the plane I said, ‘This is really not good,’” said the former MC-130E airborne radio operator, who flew dozens of support missions between October 2001 and 2005 from the base known as K2.

“There were just weird things that were happening there, and things that did not seem right,” Widener told the Washington Examiner ahead of a House Oversight and Reform hearing this afternoon. The Air Force Veteran will testify alongside another K2 Veteran and a widow who plan to describe the ailments, diseases, and cancers predominant in those deployed to the northern staging point for Afghanistan operations.

The debate about K2 contamination was made public in a 2019 story by McClatchy's Tara Copp. The story reported that K2 was built on the site of a bombed-out Soviet missile factory with chemical munitions buried in the ground, uranium radiation in the air, and fuel contamination everywhere.

Years after serving at K2, Widener said he learned that the special-fitting oxygen mask and hoses that he routinely strapped on before a flight were contaminated by droplets of mustard gas rising from beneath the base. During the rainy season, the water he walked through at the chow hall flowed from a nearby abandoned chemical weapons bunker. And when he woke in the morning, the ash that had caked on his face was from a Soviet-era chemical plant three miles upwind.

The missions Widener flew were crucial for infiltration, exfiltration, and resupplying special operations forces fighting the Taliban and al Qaeda and working with the Northern Alliance in Afghanistan in the early days of Operation Enduring Freedom.

But within months, the mission planner said it no longer logistically was necessary to keep troops at K2 and that the Defense Department knew the hazards, according to a November 2001 report cited by McClatchy that Widener said he saw.

“By the spring of 2002, most of Afghanistan had been pacified, we had access to large former Soviet airfields that we were routinely operating out of,” he said, including Mazar-i-Sharif, Jalalabad, Kandahar, and Bagram.

When not suffering from daily, prolonged and severe migraines, skin rashes, and gastrointestinal problems, the colon cancer survivor now helps 3,700 of the estimated 7,000 K2 Veterans in his cohort group seeking proper attention from the Department of Veterans Affairs.

“I feel betrayed,” said Widener, 55, who said he was medically discharged from the Air Force in 2011 and now is fully disabled. “We’re not trying to fight and give the DOD a black eye. We understood that we needed to go fight and take down the terrorists and to do what needed to be done.”

“What we want is justice, we want the government to do the right thing,” Widener told the Washington Examiner Tuesday on his drive up from Jacksonville, North Carolina, near Camp Lejeune, to the Capitol for today's hearing before the House.

Widener plans to speak on behalf of himself, the 30 or so Veterans in his cohort with brain cancer, and the many hundreds suffering from wide-ranging cancers and diseases and who he claims cannot get toxicology and radiology studies because the Department of Defense says K2 was not a contaminated area.

The VA Secretary Robert Wilkie addressed the accusations head-on at a Feb. 5 appearance at the National Press Club.

“What I am telling Veterans – and I said this to the Secretary of Defense last week – I want all Veterans who have been there and who feel they need to see us, to come forward,” he said.

The Defense Department said in a statement to the Washington Examiner that it recognized the development of some cardiopulmonary ailments but not cancer.

“We did not find any evidence that there were hazards capable of increasing the cancer risks faced by our Service members,” the statement read. “The results of environmental sampling do not support either radiological or toxic chemical exposure hazards existing at K-2.”

Asked how the Defense Department is working to get K2 Veterans the screenings they need, the Pentagon said it transmitted a database of all known personnel deployed to K2 to the VA.

Widener told the Washington Examiner that he will ask Congress to designate the area properly as a radiologic and toxic exposures location, inform those at risk, provide them with screenings and healthcare for life, and open a joint congressional and independent investigation on K2.

“We understand that it was necessary in the early days to assume risk to close upon the terrorist forces that slaughtered over 3,000 Americans and bring them to justice,” Widener said. “However, as the government became aware of what was going on, the government has a duty to protect its soldiers that it sends off to the battlefield to ensure that our lives are not forfeited for an unworthy cause.”

He added: “This is our Agent Orange.”