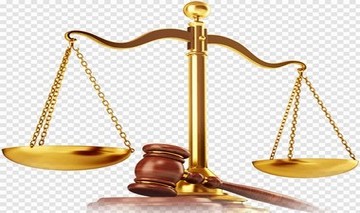 DAYTON, Ohio – Access Hospital Dayton, LLC and its owner, Dr. John Johnson, have agreed to pay the United States $374,780 to resolve False Claims Act allegations that they knowingly caused the submission of false claims to Medicare and Medicaid for diagnostic testing. Access Dayton and Johnson have also agreed to pay the State of Ohio approximately $50,219 to resolve State of Ohio Medicaid claims.

The government alleged that, between January 2014 and December 2019, Access Dayton and Johnson knowingly caused the submission of false claims to Medicare and Ohio Medicaid for diagnostic laboratory testing (prolactin and ammonia) that was (1) performed during patients’ inpatient stays at Access Dayton, (2) not used in the management of the patients’ condition, and (3) not medically necessary.

Prolactin testing measures the level of prolactin in a person’s blood, which providers use to diagnose pituitary tumors or to determine causes for conditions unrelated to psychosis or substance abuse. Providers use ammonia testing to diagnose liver dysfunctions or hyperammonemia.

“It is crucial that every public dollar available go to treat the drug-addicted and mentally ill,” Ohio Attorney General Dave Yost said. “I am proud of the work by my Health Care Fraud Section and our federal partners to claw back the money to help us continue this fight.”

False Claims Act tips and complaints about potential fraud, waste, abuse and mismanagement can be reported to the Department of Health and Human Services at 800-HHS-TIPS (800-447-8477).

The resolutions obtained in this matter were the result of a coordinated effort between the Department of Justice Civil Division’s Commercial Litigation Branch, the U.S. Attorney’s Office for the Southern District of Ohio, the Department of Health and Human Services Office of Inspector General and Ohio Attorney General Dave Yost’s Medicaid Fraud Control Unit. Trial Attorney Christopher Wilson of the Department of Justice’s Civil Division and Andrew Malek, Deputy Civil Chief of the U.S. Attorney’s Office, are representing the United States in this matter.