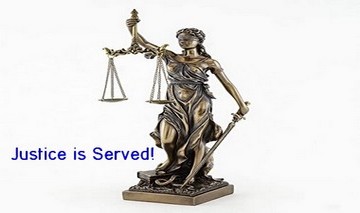 After a seven-week trial, a federal jury in the Southern District of Florida convicted two operators of two South Florida addiction treatment facilities for fraudulently billing approximately $112 million for services that were never provided or were medically unnecessary, and for paying kickbacks to patients through patient recruiters, and receiving kickbacks from testing laboratories. One defendant was also convicted of money laundering, and of separate charges of bank fraud connected to Paycheck Protection Program (PPP) loans.

According to court documents and evidence presented at trial, Jonathan Markovich, 37, and his brother, Daniel Markovich, 33, both of Bal Harbour, conspired to and did unlawfully bill for approximately $112 million of addiction treatment services that were never rendered and/or were medically unnecessary, and that were procured through illegal kickbacks, at two addiction treatment facilities that they operated, Second Chance Detox LLC, dba Compass Detox (Compass Detox), an inpatient detox and residential facility, and WAR Network LLC (WAR), a related outpatient treatment program. Jonathan Markovich, who owned both facilities, was also convicted of bank fraud in connection with PPP loan applications in which he falsely stated that Compass Detox and WAR were not engaged in illegal conduct.

The evidence showed that defendants obtained patients through patient recruiters who offered illegal kickbacks to patients (such as free airline tickets, illegal drugs, and cash payments). The defendants then shuffled a core group of patients between Compass Detox and WAR to fraudulently bill for as much as possible. Patient recruiters gave patients illegal drugs prior to admission to Compass Detox to ensure admittance for detox, which was the most expensive kind of treatment offered by the defendants’ facilities, therapy sessions were billed for but not regularly provided or attended, and excessive, medically unnecessary urinalysis drug tests were ordered. Compass Detox patients were given a so-called “Comfort Drink” to sedate them, and to keep them coming back. Patients were also given large and potentially harmful amounts of controlled substances, in addition to the “Comfort Drink,” to keep them compliant and docile, and to ensure they stayed at the facility. Certain patients were also routinely re-admitted and repeatedly cycled through Compass Detox and WAR to maximize revenue.

“Their tactics were brazen and the dollar losses immense,” said Special Agent in Charge George L. Piro of FBI’s Miami Field Office. “These health care fraudsters, driven by greed, sought to cheat their way to riches by billing tens of millions of dollars from various health care programs. The FBI and our law enforcement partners will investigate and criminally prosecute such fraud to the fullest extent of the law.”

The FBI, the Department of Health and Human Services, Office of Inspector General, and Broward Sheriff's Office investigated the case.