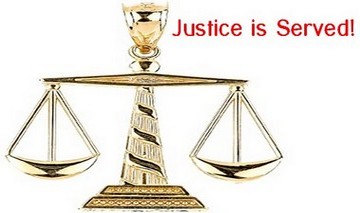 NEWARK, N.J. – A Monmouth County, New Jersey, doctor was charged today for his participation in a scheme to receive bribes and kickbacks from a pharmaceutical company in exchange for unlawfully prescribing large volumes of a powerful fentanyl narcotic, Acting U.S. Attorney Rachael A. Honig announced.

According to the indictment:

Gazi owned and maintained a urology practice with locations in Freehold, Hamilton, Howell, and Toms River, New Jersey. Gazi solicited and received more than $130,000 in bribes and kickbacks from Insys Therapeutics, a pharmaceutical company based in Arizona, in exchange for prescribing its drug Subsys, a powerful opioid narcotic designed to rapidly enter a patient’s bloodstream upon being sprayed under the tongue. The U.S. Food and Drug Administration approved Subsys solely for the “management of breakthrough pain in cancer patients who are already receiving and who are tolerant to around the clock therapy for their underlying persistent cancer pain.”

Gazi did not treat patients who were suffering from breakthrough cancer pain and was not in the practice of prescribing fentanyl-based pain medications. However, in exchange for bribes and kickbacks from Insys Therapeutics, he began prescribing Subsys to a number of patients for whom Subsys was medically unnecessary.

The bribes and kickbacks Gazi accepted for prescribing Subsys were disguised as payments for educational presentations regarding Subsys that Gazi purportedly provided to licensed practitioners. In reality, these presentations were a sham – they often functioned as social events at restaurants, lacked the appropriate audience of licensed practitioners who could prescribe Subsys, and many of the purported signatures on the speaker program sign-in sheets were forged. Gazi also prescribed high-dosage Adderall to a pharmacy owner who filled many of his Subsys prescriptions, as well as the pharmacy owner’s significant other, to induce the pharmacy owner to continue filling his Subsys prescriptions.

Gazi also caused the submission of fraudulent claims to Medicare, New Jersey Medicaid, and other health insurance providers for the prescriptions of Subsys and Adderall that he wrote, which were induced through kickbacks, medically unnecessary, and not eligible for reimbursement. He also conspired with others to distribute these powerful narcotics outside the usual course of professional practice and not for a legitimate medical purpose.

The government is represented by Assistant U.S. Attorney Adam Baker of the U.S. Attorney’s Office, Opioid Abuse Prevention and Enforcement Unit, and Senior Trial Counsel David Malagold, of the Cybercrime Unit, in Newark.