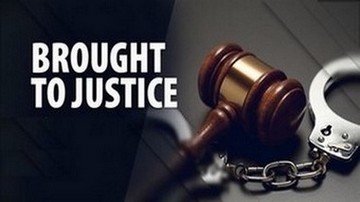 Leonard C Boyle, United States Attorney for the District of Connecticut, announced that CORTNEY DUNLAP, 37, of Burlington, was sentenced today by U.S. District Judge Kari A. Dooley in Bridgeport to 57 months of imprisonment, followed by three years of supervised release, for operating a wide-ranging scheme that defrauded the Connecticut Medicaid Program of more than $1.3 million.

According to court documents and statements in court, from 2014 to 2020, Dunlap was a Licensed Professional Counselor with offices located on Brainard Road in Hartford. Dunlap also owned two entities, Inspirational Care and KEYS Program Inc., through which he managed group homes in Hartford, Bristol, Cromwell and Waterbury, including residences for women and children who were victims of domestic abuse.

From August 2018 through October 2020, Dunlap engaged in a scheme to defraud the Connecticut Medicaid Program by submitting claims for psychotherapy services that were purportedly provided to Medicaid clients. The vast majority of the claims were for occasions and dates of service when no psychotherapy services of any kind had been provided to the Medicaid clients identified in the claims. On a limited number of occasions, some of the services were rendered by unlicensed individuals who were not qualified or licensed to provide psychotherapy.

The Connecticut Medicaid program suspended Dunlap as a Medicaid provider on approximately April 28, 2020, and, on May 7, 2020, federal law enforcement agents executed a court-authorized search of Dunlap’s Hartford offices. Dunlap subsequently billed Medicaid for psychotherapy services through Inspirational Care for services that which were not provided, using the provider number of a licensed clinical social worker who did not provide the services and was not aware that her provider number was being used to bill for the nonexistent services.

In February 2019, the New Haven Public Schools hired Dunlap as a guidance counselor at the New Haven Adult and Continuing Education Center. In February 2020, Dunlap accessed a database containing personal identifying information of students and former students enrolled at New Haven Adult and Continuing Education, many of whom Dunlap did not have any professional relationship with and had never met. Dunlap used the information he acquired to determine whether the students were insured by Medicaid and, if so, identified the students’ Medicaid member identification numbers. He then billed Medicaid for fraudulent psychotherapy services that were never provided to the students. Dunlap used the personal identifying information and Medicaid member numbers of approximately 135 New Haven Adult and Continuing Education students to bill Medicaid for fraudulent services, and was paid a total of approximately $593,383 by Medicaid for these claims.

Judge Dooley ordered to Dunlap to pay restitution to Medicaid in the amount of $1,313,322.

U.S. Attorney Boyle noted that Connecticut Department of Social Services, working in close cooperation with law enforcement, suspended Medicaid payments to Dunlap and recovered $337,777.63 that Dunlap was slated to receive from Medicaid. The U.S. Attorney’s Office’s Civil Division also seized and forfeited $412,415.20 from Dunlap’s bank accounts. Dunlap has made an additional restitution payment of $20,000, leaving a restitution obligation of $543,129.17.

Dunlap was arrested on a criminal complaint on October 14, 2020. On June 4, 2021, he pleaded guilty to one count of health care fraud.

Dunlap, who is released on bond, is required to report to prison on April 25.

This case is being prosecuted by Assistant U.S. Attorney David J. Sheldon with the assistance of Auditor Susan N. Spiegel.