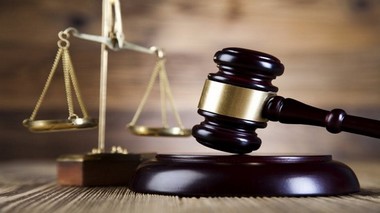 Audrey Strauss, the Acting United States Attorney for the Southern District of New York, Scott J. Lampert, Special Agent in Charge of the New York Regional Office of the U.S. Department of Health, Office of Inspector General (“HHS OIG”), Leigh-Alistair Barzey, Special Agent in Charge of the Northeast Field Office of the U.S. Department of Defense - Office of Inspector General’s Defense Criminal Investigative Service (“DCIS”), and Christopher Algieri, Special Agent in Charge of the Department of Veterans Affairs (“VA”), Office of Inspector General, Northeast Field Office (“VA OIG”), announced today a $49 million settlement with PROGENITY, INC. (“PROGENITY”), a San Diego-based biotechnology company that provides molecular and diagnostic tests. The settlement resolves claims that PROGENITY fraudulently billed federal healthcare programs for prenatal tests and provided kickbacks to physicians to induce to them to order PROGENITY tests for their patients. The Office’s lawsuit filed in Manhattan federal court alleges that PROGENITY overbilled Medicaid and the VA by fraudulently using a billing code that misrepresented the tests provided. The lawsuit further alleges that PROGENITY provided illegal kickbacks in the form of excessive “draw fees” to physicians, meals and happy hours for physicians and their staff, and the improper reduction or waiver of patient coinsurance and deductible payments.

Under the settlement approved today by U.S. District Judge Loretta A. Preska, PROGENITY will pay $19,449,316 to the United States to resolve the kickback claims and the Medicaid and VA fraudulent billing claims, and also makes extensive admissions regarding the company’s conduct. PROGENITY will also pay $13,150,684 to various states to resolve these claims. In addition, PROGENITY will pay $16.4 million to resolve similar fraudulent billing claims related to TRICARE and the Federal Employees Health Benefits Program through a separate civil settlement with the United States Attorney’s Office for the Southern District of California (“USAO SDCA”), and has entered into a Non-Prosecution Agreement with that office.

Acting U.S. Attorney Audrey Strauss said: “Progenity received millions of dollars from federal healthcare programs through its fraudulent billing and kickback schemes. The company misrepresented the tests it performed, and tried to get doctors to order Progenity tests by paying them excessive fees and providing meals and happy hours for them and their staff. Our Office will continue to hold healthcare providers accountable when they engage in fraud and other illegal conduct.”

HHS-OIG Special Agent in Charge Scott J. Lampert said: “Kickbacks and fraudulent billing schemes undermine the integrity of our healthcare system, compromise patient care, and increase the financial burden on taxpayers. Along with our law enforcement partners, HHS-OIG will continue to ensure that those billing federal health insurance programs do so in an honest manner.”

DCIS Special Agent in Charge Leigh-Alistair Barzey said: “Ensuring the integrity of TRICARE, the U.S. Defense Department's healthcare system for military members and their families, is top priority for the DCIS. This settlement agreement is the result of a joint effort and demonstrates the DCIS’s commitment to work with the USAO-SDNY and its law enforcement partners to investigate and prosecute kickbacks and other fraudulent schemes that impact TRICARE.”

VA-OIG Special Agent in Charge Christopher Algieri said: “VA OIG will vigorously pursue those who engage in unjust kickback and billing schemes, which generate profits at the expense of Veterans and taxpayers. We appreciate the United States Attorney’s Office and our agency partners for this collaborative effort.”

As alleged in the Complaint filed in Manhattan federal court:

When submitting claims for payment, healthcare providers use Current Procedural Terminology (“CPT”) codes to identify the nature of the medical procedure or services rendered.   Government healthcare payors rely on the CPT code to determine whether the procedure or service is covered, as well as the level of reimbursement. From March 2014 through April 2016, PROGENITY fraudulently used CPT code 88271 to seek reimbursement for noninvasive prenatal tests (“NIPTs”) that screen for genetic disorders and abnormalities when this code misrepresented the services PROGENITY actually provided. As a result, PROGENITY received payments for non-reimbursable tests, or received substantially higher payments than it was entitled to receive. PROGENITY knew that many patients did not meet the medical necessity criteria for NIPTs, and that it could circumvent those requirements by billing under the incorrect billing code.

Third, from January 2012 through April 2018, to market its expensive tests, PROGENITY routinely reduced or waived coinsurance and deductible payments without making the required individualized determination of financial need or reasonable collection efforts. Sales representatives informed physicians and their staff, as well as patients, that PROGENITY would waive coinsurance and deductibles, or limit the patient’s payment to a certain maximum out-of-pocket amount. And PROGENITY had agreements with several physicians that it would not collect any payments from their patients.

As part of the settlement approved today by Judge Preska, PROGENITY admits, acknowledges, and accepts responsibility for the following conduct:

From March 2014 through April 2016, PROGENITY knowingly submitted false claims for payment to Medicaid and the VA by using CPT code 88271 to obtain reimbursement for NIPTs.

PROGENITY improperly used CPT code 88271, which applies to fluorescence in situ hybridization (“FISH”) procedures, knowing that its genetic tests were cell-free DNA sequencing-based NIPTs that are not FISH procedures and that CPT code 88271 did not accurately represent the tests performed.

As a result of fraudulently using CPT code 88721 and misrepresenting the type of test performed when submitting claims for payment to Medicaid and the VA for NIPTs, PROGENITY received payments for non-reimbursable tests, or received substantially higher payments than it was entitled to receive for the genetic testing services provided.

From January 2012 through March 2016, PROGENITY knowingly made “draw fee” payments to physicians or physicians’ offices for the collection of blood specimens for PROGENITY tests performed on federal healthcare program beneficiaries. In total, PROGENITY paid over $1.7 million in draw fees during this period.

The draw fees paid by PROGENITY exceeded the fair market value of the services performed when collecting blood specimens. PROGENITY frequently paid physicians $20 or more for each blood draw. PROGENITY paid dozens of physicians and physician offices thousands of dollars in above fair market draw fee payments during the relevant time period.

During the vast majority of the relevant period, PROGENITY did not have effective systems in place to ensure that the company’s expenses for meals and happy hours for physicians and their employees complied with the Stark Law and the Anti-Kickback Statute. For example, PROGENITY did not (i) reliably track the amount it spent on meals and happy hours for physicians or their staff, (ii) maintain accurate sign-in sheets reflecting attendance at PROGENITY-sponsored gatherings, (iii) keep records of materials or topics that were discussed during PROGENITY-sponsored gatherings, and (iv) implement and enforce limits on the total nonmonetary compensation that could be provided to physicians.

In connection with the filing of the lawsuit and settlement, the Government joined a private whistleblower lawsuit that had previously been filed under seal pursuant to the False Claims Act, which alleged that PROGENITY engaged in illegal kickback schemes. PROGENITY has also entered into a Corporate Integrity Agreement (“CIA”) with HHS-OIG. The CIA promotes compliance with the statutes, regulations, program requirements, and written directives of federal healthcare programs. Among other things, the CIA requires that for the next five years PROGENITY must retain an Independent Review Organization to annually review the accuracy of the company’s claims for services furnished to federal healthcare program beneficiaries and monitor its arrangements with other individuals and entities.

The case is being handled by the Office’s Civil Frauds Unit. Assistant U.S. Attorneys Jeffrey K. Powell and Kirti Vaidya Reddy are in charge of the case.