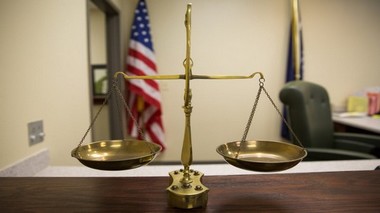 LANSING – An Oakland County woman was arraigned recently on multiple charges after she allegedly stole more than $70,000 from an elderly Veteran.

Margaret Risdon, 60, of Bloomfield Hills, was arraigned July 16 in 48th District Court before Magistrate Andra Richardson on one count of embezzlement from a vulnerable adult between $50,000 and $100,000, a 15-year felony, and two counts of failing to file taxes, both five-year felonies.

The case was referred to the Michigan Department of Attorney General by the U.S. Department of Veterans Affairs Office of the Inspector General, which began its investigation after the victim raised concerns that someone was stealing from him.

Between Nov. 6, 2016 and July 20, 2017, Risdon allegedly wrote checks from the victim’s bank account to herself and her business, Electronic Creations, totaling nearly $56,800 and made ATM withdrawals totaling more than $16,000. Risdon would then deposit the checks into her bank account and withdraw the money in cash.

During the time of the alleged theft, the victim was unable to care for himself as he suffered from physical and mental ailments and resided in nursing homes and hospitals. Risdon did not have power of attorney for the victim, nor serve as his guardian or conservator.

Risdon also did not file State of Michigan income tax returns to account for the roughly $72,000 she received from the victim in 2016 and 2017.

“My office is not only committed to enforcing the laws of this state, but to ensuring Michigan’s vulnerable populations are not taken advantage of,” Nessel said. “Even before my time as Attorney General began, I understood the important role my office should play in protecting our senior populations. That’s why I helped to create the Elder Abuse Task Force – to advance protections for our senior citizens and advocate for real change and meaningful legislation to improve their lives well into the twilight years.”

Risdon was given a $5,000 personal recognizance bond and is currently scheduled to appear in court for a probable cause conference at 10 a.m. July 30, followed by a preliminary hearing at 10 a.m. Aug. 6.

More than 73,000 older adults in Michigan are victims of elder abuse. The Attorney General’s Elder Abuse Task Force was established in March 2019 with dozens of organizations including law enforcement, state agencies, lawmakers and advocacy groups committed to being part of the task force.

To learn more about the Elder Abuse Task Force and its initiatives, visit the Attorney General’s website.

To file a report of elder abuse, call the Michigan Department of Health and Human Services Adult Protective Services at 855-444-3911.