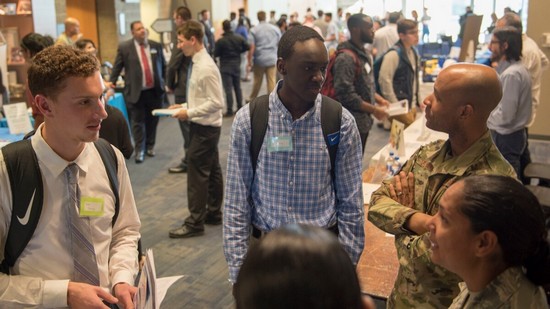 Veterans unemployment rose again in November even as the national jobless rate decreased slightly, with about 35,000 more Veterans reporting problems finding work than the month before.

On Friday the Bureau of Labor Statistics announced the Veterans unemployment rate rose from 3.0 percent in October to 3.4 percent in November. The rise among Veterans of the Iraq and Afghanistan wars era was even larger, jumping from 3.5 percent to 4.7 percent.

The estimates translate into about 310,000 Veterans nationwide looking for work, a figure that has fluctuated throughout the year. In the first half of 2019, the BLS estimates on Veterans unemployment were below 3.0 percent for four consecutive months, but have risen slowly since then.

The national unemployment rate fell to 3.5 percent in November, matching its lowest mark of the year.

Employment experts have cautioned against focusing too closely on monthly changes in unemployment for sub-groups within the Labor Department’s surveys of American workers, because small changes in sample sizes can produce significant moves in the numbers.