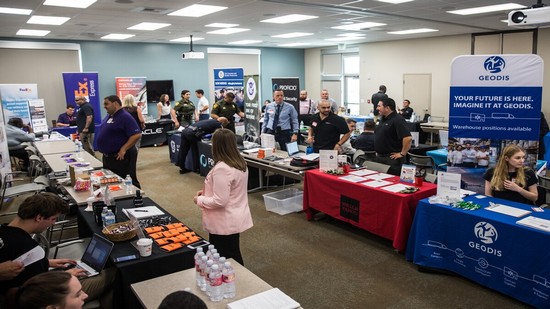 Last year’s employment figures closed on a positive note for Veterans, who saw a significant drop in jobless claims in December.

The overall Veterans unemployment rate fell to 2.8 percent last month, the lowest since May 2019, even as the national jobless rate remained steady at 3.5 percent, according to data released by the Bureau of Labor Statistics on Friday.

December was also the seventh month in 2019 that the unemployment rate for all Veterans and for the Iraq and Afghanistan war Veterans were below the national civilian rate. For younger Veterans, the jobless rate fell from 4.7 percent in November to 3.1 percent in December.

The statistics translate into about 265,000 Veterans across America looking for work last month.

Employment experts have cautioned against focusing too closely on monthly changes in unemployment for sub-groups within the Labor Department’s surveys of American workers, because small changes in sample sizes can produce significant moves in the numbers.

But the trend for Veterans in 2019 was generally positive. Monthly estimates for Veterans joblessness never topped 3.5 percent for the year and fell as low as 2.3 percent (in April), the smallest that figure has been since 2000.

For comparison, the monthly Veterans unemployment figures for 2018 topped 4 percent four times and only fell below 3 percent once.

Last week, the White House touted the Veteran job market as one of the successes of 2019, along with a host of other Veteran policy achievements.