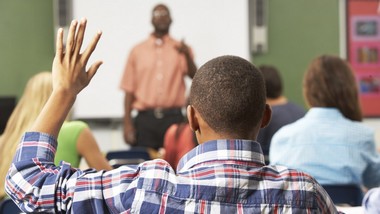 Individuals who use Veteran Readiness and Employment benefits to pay for college classes will no longer have that counted against their eligibility for GI Bill payouts later on, after a rule change by Veterans Affairs officials earlier this month.

The move, first reported by Military.com, could affect as many as 80,000 individuals who have already used VR&E benefits and unknown thousands more who may use the benefit in the future.

In a statement, VA officials said the change was prompted after an internal review of the programs showed that “a more favorable interpretation of the law is allowable to help eligible Veterans maximize their benefits.”

In the past, the two benefits could not be used together. Every month of VR&E benefits were counted against the 48-month cap on Post-9/11 GI Bill benefits, and vice versa. If Veterans used the full 48 months of one benefit, they could not access the other.

But Veterans groups over the years have challenged that interpretation, saying the benefits cover different issues and should not be grouped together.

The GI Bill program is well-known. Veterans or their dependents can use the Post-9/11 GI Bill benefit to pay for college tuition and receive a housing stipend, with the goal of completing a degree program. Combined, the value of the payouts can total several thousand dollars a month, depending on an individual’s residency and school choices.

Veteran Readiness and Employment benefits (previously known as Vocational Rehabilitation and Employment, or the Chapter 31 program) provides a range of services to troops and Veterans with service-connected disabilities to help find a job or achieve independence in daily living.

That can include money for certification courses or even some degree programs, with benefits comparable to the GI Bill program payouts.

VA officials said in some cases, Veterans may be able to have some coursework retroactively classified as VR&E work, opening up additional months of GI Bill payouts. However, officials said that will be “very limited” and “not every Veteran with a service-connected disability will qualify for retroactive induction.”

The department has begun reviewing the estimated 80,000 GI Bill beneficiary records who previously utilized VR&E benefits, to determine whether those individuals should be granted additional GI Bill entitlement.

That work is expected to be finished by July 31. Individuals affected by the change do not need to apply for the review, and will be contacted automatically by the department if they are granted additional benefits.

VA officials did not provide any estimate on the potential cost of the changes to the department.

More information on the change is available at the VA website.