Why we need a G.I. Bill for the COVID era 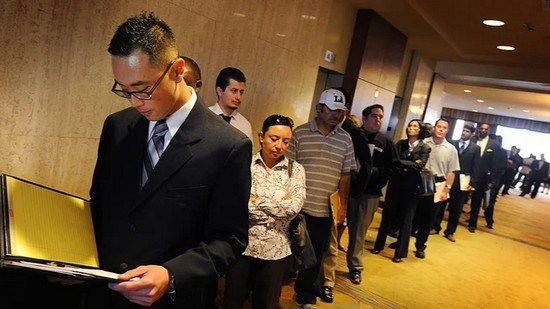 No one could have imagined back in February what it would be like to have 25 percent unemployment. The labor market was smashing expectations, setting new historical highs.

While the economy has rebounded faster than many people expected, and the unemployment rate currently sits at 11 percent, some economists have argued that the number is closer to 20 percent and that many of those jobs will not return. Moreover, many of the gigs that people relied upon for side income have also been eliminated. We need health care, food and shelter. We need jobs. We need to empower people to have those things now and long-term. We need to support people as they find something new.

We need a G.I. Bill for the COVID era.

The G.I. Bill was designed out of concern that World War II Veterans would return home and face unemployment and be reduced to “a place on a bread line or on a corner selling apples.” Those images are all too vivid today. Funding education was, and remains, a way to address a root cause of unemployment – an oversupply of certain skills – while simultaneously building a better future. Economists and social scientists have long argued that the development of new skills, particularly through schooling, is an important determinant of economic growth and human flourishing.

Admittedly, education is multi-dimensional, and there are alternative pathways than the traditional four-year college degree. But, when more Americans get an education of any type, everyone benefits. Education lets people develop skills to keep up with technological change. Moreover, it’s what allowed the U.S. to be a 20th century powerhouse. There is, however, a catch.

Technological change, including automation and artificial intelligence, increase our need for new skills and educated workers. As long as new tasks are being created at a faster rate than they’re being automated away, our economy will continue to grow and people will prosper.

One of the challenges is that education – and the wealth it offers – is not equally available to everyone. Low-income students, students of color and first-generation-to-college students face additional barriers to get into college and graduate. Those who have lost jobs often can’t afford the education they need to re-invent themselves. The pandemic only makes these problems more acute.

Rather than loan forgiveness and short-term stimulus money, why not fund education and daily life upfront? While the original G.I. Bill covered more than education, and some have argued that only essential workers should get benefits, evidence from researchers in economics and public policy have found that the educational component of the G.I. bill was an integral ingredient helping a generation of Veterans achieve higher earnings and civic engagement.

Funding education through a G.I. Bill for the COVID era would ensure people can go to – or stay in – college, and it would chart a path for the 33 million who have lost jobs and need a way forward.

The G.I. Bill pays for full in-state public school tuition for a Veteran enrolled full-time with a cap on private school tuition. It also provides a stipend for living expenses based on the location of the school, and $1,000 annually for books and supplies. Students can choose to go to technical and vocational schools; two- or four-year colleges; medical, business, or law schools; or graduate school. Apprenticeship, job training and other EdTech options – in-person or online – could be covered too. Some of these schools may choose to offer their students a health plan. The stipend can cover housing and food. In short, the program meets core needs: Health care, food, shelter. And jobs.

Yes, jobs. Someone in school full-time has a job: Investing in new skills so that they can fill important skills gaps for the future. For example, recent evidence points out that we have less than half the cybersecurity candidates needed to fill current demand.

A G.I. Bill for the COVID era would be for all Americans and seed a new generation of prosperity. It would educate the next wave of creators, innovators and leaders to take us into the future.

How should Congress design such a bill? Costs matter, but consider the costs of ongoing stimulus payments, the costs of massive unemployment, the costs of people not knowing whether they’ll have housing, food and health care. We are already paying these costs.

The G.I. Bill provides a blueprint on costs, too. Housing stipends will vary by region. Paying the full in-state tuition rate but capping private school tuition controls costs. Recent calls for funding all aspects of student work and life, like the Debt Free College Act, offer another guide on costs.

he G.I. Bill had problems. It encouraged some for-profit schools to target vulnerable populations, and there has been a history of racism regarding who has access to the program. But, if we understand and acknowledge those issues, we can fix them. We must also challenge all higher education institutions to find and apply best practices that increase success for everyone who attends.

A G.I. Bill for the COVID era would be a win for everyone. Journalist Edwin Kiester Jr. once said, “The G.I. Bill may be the best deal ever made by Uncle Sam.” It’s time to make that deal again.