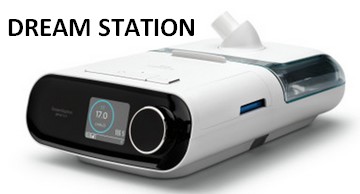 The US Food and Drug Administration (FDA) has published an update on the Philips CPAP/BiPAP recall first announced earlier this year. The agency says it recently wrapped up an inspection of the Philips manufacturing facility where these devices were made, noting that it is looking into the silicone-based foam used as part of the device repair program.

In June, Philips Respironics recalled certain CPAP and BiPAP machines, as well as ventilators used by medical facilities, because of the sound abatement foam used in these models. That foam is made from polyester-based polyurethane (PE-PUR) that may break down over time.

When the foam breaks down, according to the initial advisory published by the FDA, the user may breathe in small particles or chemicals, potentially putting them at risk of health issues — including, the agency warns, “serious injury, which can be life-threatening, cause permanent impairment and require medical intervention to prevent permanent injury to users.”

In addition to the ventilators impacted by this recall, Philips has also recalled a number of CPAP and BiPAP models, including its DreamStation ASV, SystemOne ASV4, OmniLab Advanced+, Dorma 400, REMstar SE Auto, and more. Impacted users are covered by the company’s repair program, which will swap out the PE-PUR foam with a silicone-based alternative.

In a new statement, the FDA updated the public on this recall and the recent inspection it conducted of a manufacturing facility owned by Philips Respironics. The agency says it is looking into what may have resulted in the PE-PUR foam problem in addition to checking on whether the company is adhering to the FDA’s manufacturing rules.

The inspection is extensive, covering everything from how employees are trained to the production and testing of these devices. The agency hasn’t published a final determination yet but does say that its inspection closeout report related to this inspection is now available [PDF].

The inspection was anticipated and now that it is complete, Philips will do its part and respond to the agency before any “next steps” are taken. The FDA notes that it approved the company’s plan to replace the PE-PUR foam with a silicone-based alternative earlier this year based partly on testing data Philips provided to the agency.

The agency’s update reveals that during its inspection, the FDA learned “additional information” it hadn’t previously received involving the silicone-based foam alternative. A “singular, similar device marketed outside of the US” failed “one safety test,” the FDA says, when it comes to the release of volatile organic compounds, a type of chemical that raises safety concerns.

As a result, the FDA wants Philips to use an independent lab for extra testing of the silicone-based foam to determine if it presents any safety risks to users. The agency notes that it doesn’t yet have enough data to determine whether silicone-based foam is of any risk to users — and, it acknowledges, some patients have already had their devices repaired to feature the foam alternative.

In a statement to the public about this, the FDA says:

Currently, while this independent testing is performed, the FDA does not recommend that patients who have participated in the repair and replace program discontinue use of their product. The FDA has reached this determination based on an overall benefit-risk assessment. At this time, the agency has determined that discontinuing use of one of these devices may be more harmful to a patient’s health and quality of life.

The FDA will issue an update in the future once it has more data on the silicone-based foam alternative used in these products.