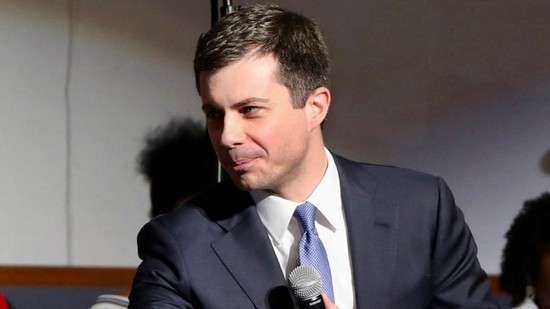 An organization that describes itself as the largest progressive group of Veterans in the nation is backing South Bend, Ind., Mayor Pete Buttigieg in his bid for the Democratic presidential nomination.

VoteVets.org announced on Wednesday its endorsement of Buttigieg, who took a leave of absence in 2014 to be deployed to Afghanistan, where he served as an intelligence officer from the U.S. Naval Reserve.

Emphasizing that beating President Trump in the 2020 election is “the number one priority,” Iraq War Veteran and VoteVets chairman Jon Soltz said, “We need a candidate who will win. Bar none, Pete gives us the best shot at doing just that. It is time to rally around him, and stop the walking, talking national security threat that is Donald Trump.”

Soltz highlighted that “Pete is also someone who has the experience, as a war Veteran, to be an exemplary Commander in Chief, because he understands and has experienced the unique global security challenges we face right now, and the has the personal understanding of our Veterans’ needs.”

The 13-year-old group – which claims to represent roughly 700,000 Veterans – has long backed Veterans in congressional races, but this is their first endorsement in a presidential primary.

VoteVets announced it would be immediately contributing to Buttigieg’s campaign and would use its social media networks and email list to support his White House bid.

"I'm honored to have this endorsement from my fellow Veterans as we seek to take on our nation's most urgent challenges and pick up the pieces and put the country back together after Trump," said the 37-year-old candidate.

"In uniform, I learned that when Americans from different backgrounds are brought together for a common purpose, we form the strongest fighting force in the world," he added.

Once the longest of long shots for the nomination, Buttigieg soared to top-tier status as he's surged in the early voting state polls and hauled in tons of campaign cash.

Buttigieg is one of two Veterans in the large field of Democratic White House contenders. Rep. Tulsi Gabbard, an officer in the Hawaii National Guard, served a tour of duty in Iraq.