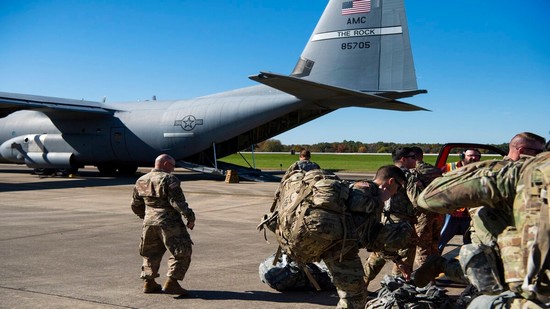 Three out of four Americans believe that U.S. troops should intervene overseas when freedom is threatened or human rights abuses are apparent in other countries, according to a survey released Tuesday.

More than 1,000 U.S. adults responded to the second annual national defense survey conducted by the Ronald Reagan Presidential Foundation and Institute. Most of them believe the U.S. should have a more active foreign policy, and be more engaged in international affairs.

“Although pollsters have long noted the existence of isolationist sentiment in the U.S., the pervasiveness of this perspective is debatable. Here we find it to be very much in the minority,” according to the survey’s executive summary.

The survey found that 76 percent of respondents supported the use of American military force abroad, whether or not there is a direct threat to the U.S., to include defending freedom and preventing human rights violations. Additionally, 65 percent were in favor of maintaining America’s network of military bases overseas, while 28 percent believe that presence should be reduced.

“These are not the views of a country that would eschew global leadership but rather a nation where President Reagan’s vision of peace through strength is alive and well," Roger Zakheim, the Reagan Institute’s Washington director, said in a press release.

The survey also found that 86 percent of Americans report confidence in the military, down from 93 percent in the inaugural 2018 survey. Support for increasing military spending, however, is up one point to 76 percent in 2019, according to the survey.

President Trump has been accused of taking an isolationist stance in some foreign policy matters, including advocating for withdrawals from Afghanistan and Syria, despite long-held partnerships with local allies fighting insurgencies there.

“We’re not a police force," Trump said in October, after a backlash over his decision to pull troops out of Syria in the face of a Turkish offensive, leaving Kurdish allies vulnerable.